Kickstarter Stretch Goals Are Kind Of The Worst

COG Considers: We Just Wanted The Game After All

A new update from Bloodstained: Ritual of The Night’s Twitter account is here to remind you that another playable character is on the way! Bloodless, the Elizabeth of Bathory homage, is coming to the game sometime soon. That’s great news, depending on how much you’ve enjoyed the rest of Bloodstained’s free DLC so far. Zangetsu was kind of a wash, and the boss rush mode is a pretty niche experience, although New Game Plus was great. All in all, kind of a mixed bag. So was it worth the extra time, money, and labor to get this far? Would we have been happy enough with just the base game for a couple of consoles instead? What’s a stretch goal worth these days, anyway? 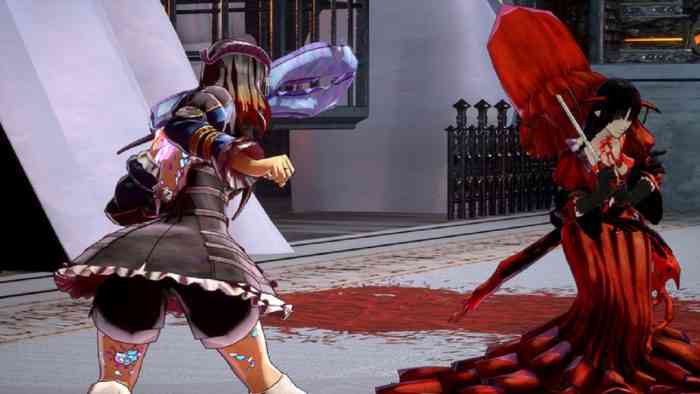 Well, one thing a stretch goal seems good for is headaches. Just because a developer has the budget to bring several more consoles into the release schedule, doesn’t mean they can. For one thing, where’s the time and labor going to come from? How much further back is this bloated new schedule going to push the release date? Oh, you didn’t think about that? Of course you didn’t. No one can keep their head on straight when an extra 1.1 million dollars just walked in the door and took off its coat. That money is whispering in your ear, assuring you that making a Wii U version is somehow feasible. Well I’m here to step in and say shut the hell up, money.

If you were to be real with your backers and display that feature’s actual cost in development time, no one would be clamoring for stretch goals anymore. How about we raise five bucks for a rolled-up newspaper to smack these people in the nose. Just like, take a deep breath before tacking 500 days’ worth of labor onto the delivery date. Bloodstained took so long to come out that two of its stretch goals became obsolete. The Wii U and Vita versions were cancelled, presumably due to projected sales on those consoles suddenly tanking. At this rate, they’ll definitely be finished by Q1 2021.

Best case scenario, you end up making three game’s worth of DLC that everyone loves, chaining you to this project for almost a decade. Worst-case scenario, you make Mighty Number 9. That team smashed a stack of stretch goals too, if you recall. Given what they ended up with, maybe they flew too close to the sun? Or maybe not every art director is an auteur. Seems to me that stretch goals let you trade money for unstoppable scope creep, with a heaping helping of delivery date delays on the side. If Zangetsu is what we get for several more months of development time, maybe we need to reconsider how we think about stretch goals.