Pokéshopper and Bandai have officially revealed their upcoming Pokemon merchandise that will steal your heart, the Metapod sleeping bag. This sleeping bag will release in April 2021 and it allows Pokémon fans to LARP as their favorite (or second favorite) useless generation one cocoon Pokémon. We all know that Metapod evolves into the cherished Butterfree, you too can emerge after a slumber in your Metapod sleeping bag as a beautiful butterfly. Pokemon Sword & Shield is the latest generation of Pokémon and it’s available right now exclusively for the Nintendo Switch. 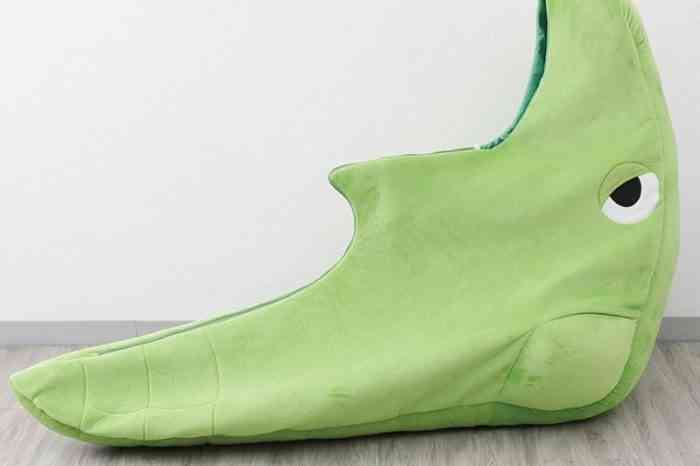 “Pokéshopper Update: Official Metapod Bandai premium human outfit product images added,” said Pokéshopper in a statement on their official Twitter account. “Releases April 2021 in Japan.” It’s currently unclear if Pokéshopper will end up releasing this adorable sleeping bag in the west, but we certainly hope to see more Metapod in the future. Apparently, the sleeping bag is already sold out in Japan, leaving many Pokémon fans waiting to get an update on when the next supply would ship.

While you may not be able to strengthen any defense stats with this Metapod sleeping bag, you will gain rested experience which is always a bonus. Considering the Metapod sleeping bag is big enough to fit a fully grown human, it’s fair to say it’s a bit larger than life rather than a life-sized replica. After this announcement from Pokéshopper it’ll be interesting to see what they come up with next and it seems as though nothing is impossible.

Do you want this Metapod sleeping bag to come to your region? Let us know in the comments below!