Adidas has officially announced that they’re working on new shoes designed around the themes of CD Projekt Red’s upcoming cross-generational title, Cyberpunk 2077. The shoes are apparently only releasing in the Asia region according to CDPR Business Development Director Rafal Jaki and they’re available tomorrow. The X9000L4 will set shoe enthusiasts back around $250 and it features the Cyberpunk logo alongside four different colour options. Cyberpunk 2077 is releasing on December 10th for Xbox One, Xbox Series X/S, PS4, PS5, Google Stadia, and PC. 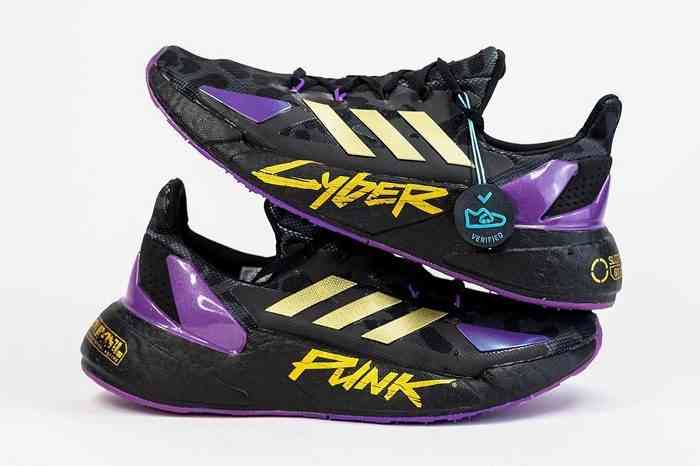 The new Cyberpunk 2077 Adidas shoes come in a variety of colours such as grey, black, and leopard print which will make the limited-edition shoes feel even more unique to those who buy them. While the shoes are only releasing in the Asian market so far, we hope to see these futuristic Adidas shoes make their way to the west before the game releases in December. Each of the shoe colour options has its own unique accented colours such as red, turquoise, gold, purple and silver. While we aren’t there yet, the ideal Cyberpunk 2077 Adidas shoe would allow people to mix and match colours to their liking.

While we think these new Cyberpunk 2077 shoes are pretty awesome, the majority of shoe-buyers aren’t impressed by the gaming-based kicks. Adidas Sneakerheads are still reeling from the lacklustre LEGO sneakers that the company released recently and apparently, the Cyberpunk 2077 shoe may suffer for it. Many shoe enthusiasts are citing The main problem that rather than designing something unique that fits the Adidas brand for the collab, Adidas has taken an existing shoe, and made them more flashy for an increased cost.

Cyberpunk 2077 was recently delayed, but Asian fans can fill the void while they wait by getting these flashy new kicks. Do you want these Cyberpunk 2077 Adidas kicks? Let us know in the comments below!