Call of Duty: Black Ops Cold War hasn’t generated a ton of hype yet as COD players remain fully immersed in Modern Warfare and well, we haven’t seen too much yet. That is until now. Some leaked Cold War multiplayer footage has surfaced online and is making the rounds. It looks as though it might have been an accidental stream. 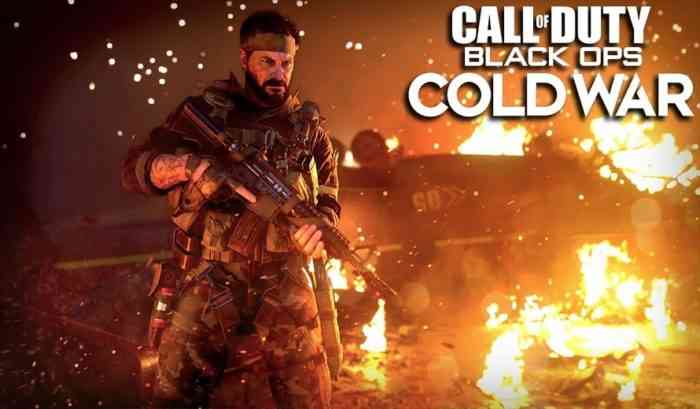 On September 9, Treyarch, Activision, and Raven Software will reveal the multiplayer of Call of Duty: Black Ops Cold War on PS4, PS5, Xbox One, Xbox Series X, and PC. But it looks like some of this reveal has been tarnished by the recent leak, which shows you a bunch of characters, some gameplay from a VIP mode and parts of the Miami map. You can take a look at the clip here:

As you can see they are playing 5v5 on what appears to be the rumored and now leaked Miami multiplayer map. The original stream was 7-minutes long but we can’t seem to find that original stream. It featured many prominent members of the Call of Duty community. Twitter user “Szucs Balint” shared a screengrab of the stream:

He Streamed the Cold Wart for up to 7 minutes and then came to the ban, 5v5 was played. There were also Xclusive, Noah, teep, marksman …@ModernWarzone @TheGamingRevo3 @_TomHenderson_ pic.twitter.com/buE01t43dp

All of this should be taken with a giant grain of salt as Activision has not released any official multiplayer footage.

Call of Duty: Black Ops Cold War is in development for PS4, PS5, Xbox Series X, Xbox One, and PC, and is set to debut worldwide on November 13.

Call of Duty: Warzone Spinoff for Mobile Has Been Confirmed