Tomorrow, Valorant Act 2 will begin. Acts are apparently the Valorant equivalent of a season. While Act 2 will not be pouring on any big game-changer features, there are some additions that fans can look forward to. Like all acts or seasons or what have you, there will be new cosmetics and unlockables. There is also a new character that was revealed last week, Killjoy, that will debut with the new act. A new game mode will also be introduced, but not on day one. 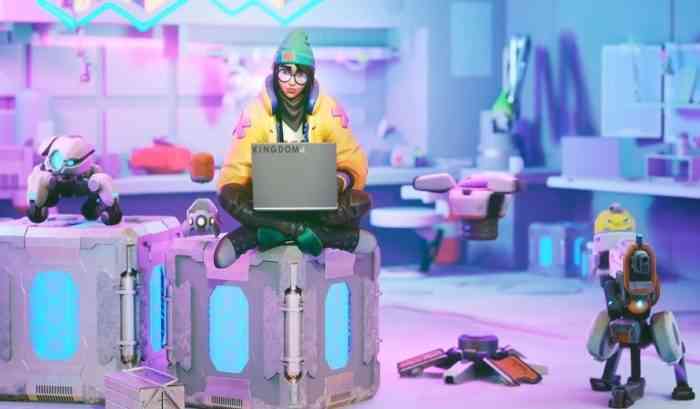 Like in Act 1, the Act 2 battlepass will be featuring new gun buddies, sprays, gun skins, player cards and titles, and Radianite Points. It will cost 1,000 VP. Killjoy will be playable starting tomorrow, regardless of whether or not you have the battlepass. Killjoy is a character that designs, creates, and battles with deployable turrets and other devices. These tools can be used to alert a player when an enemy enters an area or to distract or if you just need another gun on your side. While she sounds like she’s been taken straight out of Rainbow Six Siege, her style way more colorful and playful. Deadly, but playful.

Another exciting aspect of Act 2 will be the Free-For-All Deathmatches. Starting on August 5th, Free-For-All will be in beta. Games will consist of 10 players fighting it out with no abilities, no Spike, and unlimited money. The first player to 30 kills or the most kills at the end of 5 minutes wins. Act 2 will also add a Glitchpop Skinline. These are skins for certain weapons and are in a style similar to Killjoy. Valorant Act 2 begins tomorrow when Act 1 ends. Valorant is out now on PC.

Are you going be getting the new battlepass? Let us know in the comments below.

Riot Games Breaks Down Gameplay Elements in Project L
Next
Is a New Silent Hill Game on the Way?
Previous
Raids Will Be Coming to Marvel’s Avengers Within Weeks of Launch