Borderlands 3 season pass owners will be getting their final DLC campaign known as Psycho Krieg and the Fantastic Fustercluck next month. The final DLC will be releasing on September 10th, the one-year anniversary for Gearbox Software’s latest Borderlands title. Gamers will be delving deep into the mind of a Psycho who is on a quest to find the mythical “Vaulthalla,” with this upcoming DLC campaign. Gearbox Software recently released a trailer for the upcoming DLC campaign to hype up Borderlands 3 fans for the final campaign of the season pass. Borderlands 3 is available right now for Xbox One, PS4, Google Stadia, and PC. 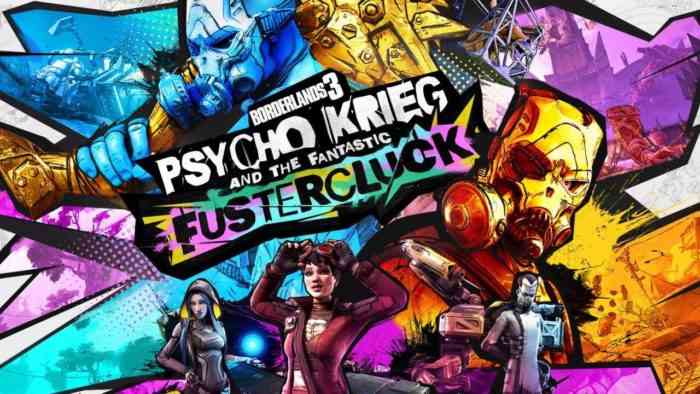 Alongside the Psycho Krieg and the Fantastic Fustercluck DLC campaign is another increase in the level cap, bringing it up to 65. The new DLC campaign will include several side quests, but it primarily focuses on a Psycho known as Krieg, and his perception of reality. Legendary weapons and gear found within Krieg’s consciousness can apparently be taken outside of it, making us wonder how gamers will be accessing the Psycho’s twisted brain.

“Psycho Krieg and the Fantastic Fustercluck dares to ask: what makes the bloodthirsty psychos of Borderlands so uniformly deranged?” said a recent blog post from Gearbox Software. “Brilliant scientist Patricia Tannis believes they’ve been driven insane by the knowledge of a mythical place she calls ‘Vaulthalla,’ and the key to uncovering this legendary location lies within the mind of Krieg, the most badass psycho of them all. So naturally, Tannis is sending you on a mission into Krieg’s chaotic mind in search of clues. Only by surviving the perils of Krieg’s twisted inner world can you reap the rewards of Vaulthalla.”

Will you be playing through the final DLC campaign of Borderlands 3? Let us know in the comments below!