Call of Duty Warzone’s Stadium May Be Opening

The Warzone Stadium May Open Soon 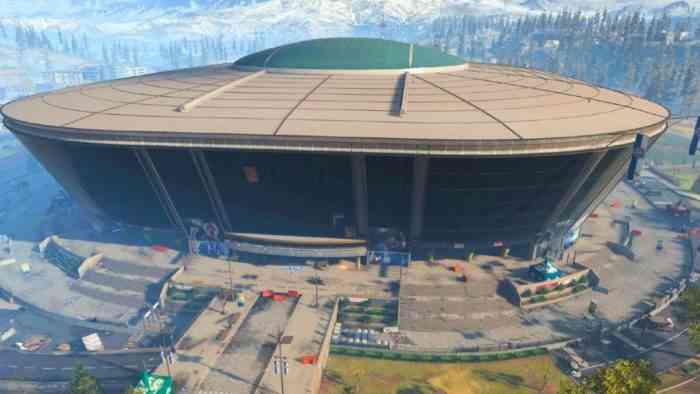 As part of a recent cryptic tweet, the Call of Duty Twitter account said, “if the Stadium had a name, what would it be? Our doors are open to ideas. Drop ’em below.” While this tweet is just a teaser, it’s likely that if the stadium remains closed when season 5 releases for Warzone, it’s likely the doors to it will eventually be opened. Activision has also teased that moving trains are coming to the Warzone map soon, with leakers claiming that these trains will have high-value loot aboard them similar to Apex Legends.

New weapons and challenges are to be expected from a new season of Call of Duty Warzone, but it would be nice if Activision also opened up the doors to the stadium with the next season. New points of interest can also be expected from a season change and whether that’s an open stadium or a train that goes around the Warzone map, we’re looking forward to any upcoming additions to the battle royale.

Do you expect the Call of Duty Warzone stadium to open or a train to be added to the map first? Let us know in the comments below!