Even before that, Kotaku reported that it was one of the more popular games of 2014, despite the fact that it was still in the early access stages. 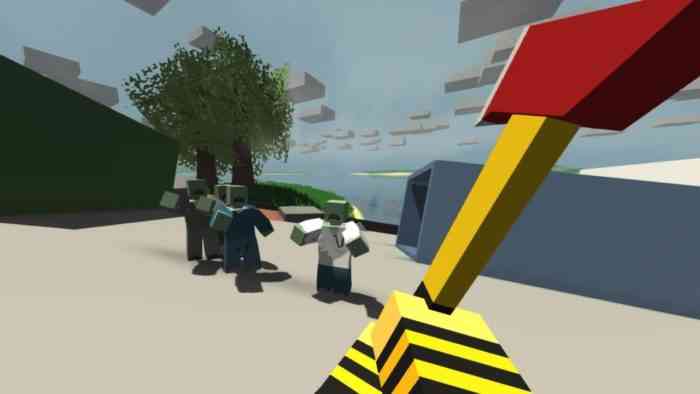 It’s certainly not the graphical powerhouse that, say, The Last of Us Remastered or Far Cry 4- both of which released in 2014. It has zombies but it doesn’t have the scare factor of, say, Alien Isolation, but there’s something about Unturned that drew people’s attention, and now that it’s due to hit Xbox and PlayStation, maybe us console gamers can get in on the action and see what the fuss is about.

Unturned is an indie game where you take on the role of a survivor of the apocalypse, scavenging in the ruins of modern society for anything useful- from food and resources to clothes and weapons. Danger lurks around every turn and you have to actively monitor your health, hunger, thirst, and radiation levels.

There are eight different sandbox maps to explore via land, air, or sea, and you can work alone or cooperate with fellow survivors. Be warned, though; resources are scarce, and you might find your new allies aren’t averse to stabbing you in the back. There’s no word yet on whether this new port will introduce a story mode (while the original game had a couple of missions, there was no true campaign to speak of) but the console versions will come with a couple of updates elsewhere: there’s restructured visuals, enhanced mechanics, and a deeper progression system. Fans of the game have a lot to look forward to with the move, and the move will introduce the game to a whole new audience.