Publisher Modus Games joined several other developers during the recent PC Gaming Show which is part of Summer Game Fest. While many titles are being announced for the next generation of consoles right now, this time-bending RPG will actually wind up on current-gen technology as well as the PS4 and Xbox Series X. Cris Tales is releasing for the PS4, Nintendo Switch, Google Stadia, Xbox One and PC on November 17th. though the next-gen version doesn’t have a set date right now. 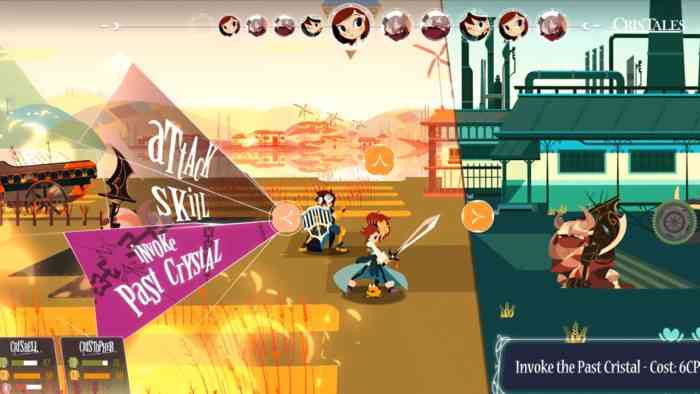 While Modus Games have showed of Cris Tales in the past, it seems like the developers are nearly ready to release the finished product. Gamers got an idea of what to expect from the story during the PC Gaming Show thanks to a new cinematic trailer that opens the game and sets Cris Tales into action. The title is developed by the Columbia-based Dreams Uncorporated and SYCK, under indie publishing label Modus Games, so it seems like a number of people are coming together to create a quality RPG adventure through time akin to Chrono Trigger.

The storyline of Cris Tales may be partly inspired by Chrono Cross’ time traveling, but the visual direction of the game is completely different. The visuals are more like Gris mixed with the Amy Rogers television shows like Powerpuff Girls and Dexter’s Laboratory. Each character showed off in the PC Gaming Show trailer has their own unique abilities and one seems to control a pet. The trailer does a good job of showing the differences between the three heroes that gamers will be exploring the world of Cris Tales with later this year.

Will you be getting Modus Games’ Cris Tales on current or next-gen consoles? Let us know in the comments below!