Astro Is Coming to the PS5 With Astro’s Playroom

PlayStation’s Japan Studio joined several other developers with next-gen announcements during the recent PS5 games showcase, revealing Astro’s Playroom. Astro joins Ratchet & Clank, Horizon and Spider-Man as PlayStation exclusives unveiled during the event and it will be available to Sony fans for free. Astro’s Playroom will show off various aspects of the new PlayStation console and the DualSense controller almost like a tech demo within a platforming game. Astro’s Playroom come pre-loaded on the console when it launches this holiday season and it’s exclusive for the PS5. Astro Bot: Rescue Mission is currently available for the PSVR for new fans to explore before the new installment in the Astro franchise. 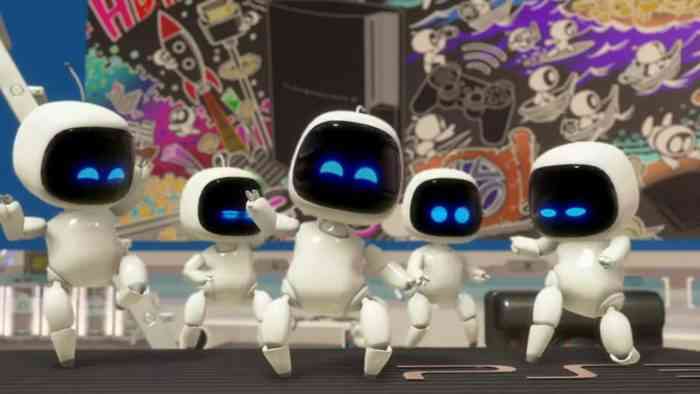 Astro Bot: Rescue Mission originally came out on the PSVR as a way to introduce people to the VR experience for new fans to explore. The 3D platformer took full advantage of the headset and Astro’s Playroom is expected to do the same for new features introduced with the PS5 and the DualSense controller. Astro is becoming a bit of a PlayStation mascot and the robotic platformer will continue that theme from one generation to the next. It’s currently unclear whether or not Astro will get a new VR experience on the next-generation of PlayStation as well.

Astro’s Playroom features four worlds that are based on components of the console which will all utilize aspects of the DualSense controller such as the haptic feedback of the triggers or the built-in speaker. Considering Astro’s latest adventure will be installed on every PS5, more people will be exploring the new generation of PlayStation with the titular robot.

Will you be exploring your PS5 with the aid of Astro when it releases with Astro’s Playroom? Let us know in the comments below!