There is No Method to the Madness

Sony, for whatever reason, is now offering some PS4 players Astro Rescue Mission for free. There does not appear to be any motive for why Sony is doing this. As far as we can tell, this being done totally at random. So if for some reason have been given the opportunity to play this game for free. Count yourself lucky. Because it isn’t happening to everyone. 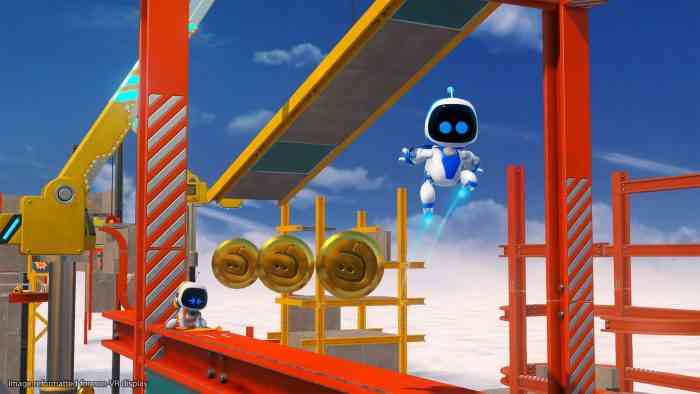 Astro Rescue Mission is a VR game that is one of the highest-rated games of its kind. You obviously need a VR headset to play this game. But that still has not stopped Sony from giving this game away for free to a select group of people.

If you are feeling left out, remember that everyone who has PlayStation Plus does still have access to free games of this month. For August those games that are free to download are Sniper Elite 4 and Wipeout Omega Collection. These games change every month in order to keep things fresh. So two new games will be waiting for players in September. What those games are exactly, is yet to be known.

Astro Rescue Mission is a traditional platforming game with a VR twist. You move around a lot in this game so you might want to start off sitting down in order to avoid falling on the ground and winding up in a compilation video on YouTube.  Many gaming websites have named it one of the best VR experiences that are on the market right now. So if you have the ability to play this game, don’t squander this bizarre act of charity on the behalf of Sony.

Why is Sony handing out this game at random? Be sure to let us know in the comments down below.

DualSense May Have a Better Battery Than DualShock 4

Prince of Persia: The Dagger of Time Trailer Disappoints Fans
Next
New The Rise of Skywalker Teaser Revealed, Dark Side Rey Shown
Previous
Snapfire and Void Spirit are Named as the New Dota 2 Heroes