The Rise of Skywalker Hits Theaters on December 20th

The new Star Wars: The Rise of Skywalker teaser that was shown at the D23 Expo this past weekend was recently uploaded onto the official Star Wars YouTube channel. You can view the teaser below!

A new poster for the upcoming film was also revealed recently.

Aside from the Dark Side version of Rey, not much that is shown in the teaser is new. There’s a glimpse of a red-eyed C3PO, some shots of Rey’s allies, Poe and Finn, and Leia is seen. In regards to Dark Side Rey, it is possible that this surprise reveal is meant to be a vision or illusion of some kind instead of Rey actually turning evil. 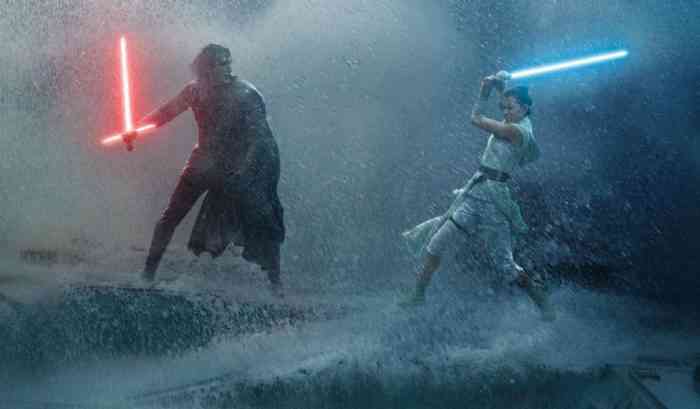 What’s your opinion of the new teaser? Are you looking forward to seeing this new Star Wars movie? What’s your theory for Dark Side Rey? Will she actually turn evil or is this just a clever fakeout?

Let us know your thoughts on the teaser in the comments section below the article.