“No One’s Ever Really Gone”

It’s been a busy few days for the Star Wars franchise. The Mandalorian trailer was released, Obi-Wan Kenobi’s series was confirmed for Disney+ and there was finally news for Episode IX. In addition to a brand new poster revealed on the Star Wars Twitter, a new sizzle reel from Disney has some worrying implications for the trilogy’s final entry. 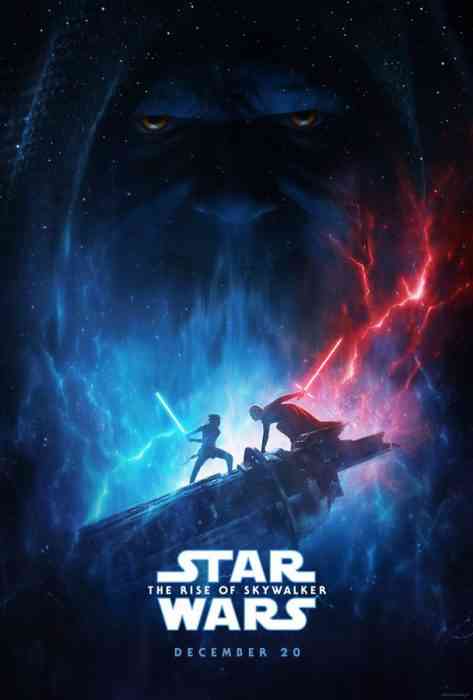 The sizzle reel and the poster both point towards some heavy Palpatine involvement with Rey. The poster features Rey and Kylo Ren battling it out, shrouded in blue and red light respectively. However, dominating the poster, above the two force users is Emperor Palpatine. This coupled with Luke’s line from the trailer “No one’s ever really gone” is hinting that the Emperor will return. And not to mention that Palpatine’s laugh is one of the last things we hear from IX’s trailer.

Since Emperor Palpatine is coming back, does this mean the Dark Side is also making a comeback? A sizzle reel from Disney points to maybe.

In this sizzle reel, there’s Vader breathing, an ominous voice-over from Palpatine “Now your journey nears its end”, and most shockingly, Rey with a Maul style red lightsaber. Rey’s skill with a staff has hinted at her potential with a double-bladed lightsaber, but her flip to the Dark Side is certainly unexpected. If Rey has fallen to the Dark Side, this could have some devastating effects for the growing Rebellion but may be a boon for the new First Order. So much is at stake for the final film in the trilogy, and one can only wonder if this is the end of the ageless battle between the Light and the Dark.

Whatever the case may be, Star Wars: The Rise of Skywalker will certainly be going out with a bang.