Co-founder, former CEO, former creative director, and former executive producer of Rooster Teeth, Michael “Burnie” Burns is leaving the company. In fact, he is leaving his home country of the United States. Rooster Teeth was founded to produce the longest running webseries Red vs Blue back in 2003, where Burnie Burns played the many iterations of Church and the character Vic. On June 11th, he announced that he would be leaving via his website Burnie.com. He is moving to an undisclosed country overseas with his wife Ashley Burns (formerly Jenkins), their son, and their cats. 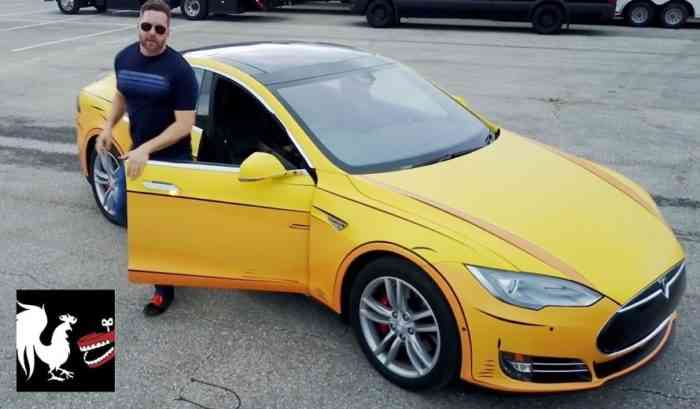 Funny story about Burnie.com, which is chronicled in the second episode of the Rooster Teeth Animated Adventures, that Burnie is also the name of a city in Tasmania. He registered the domain, but left it blank for a long time. After a while, the city of Burnie began contacting him asking for the website. He proceeded to make all sorts of ridiculous demands for it, such as a statue of him, a plaque, and a parade in his honor. The city rejected the demands and simply asked that he change the page to something less offensive. Little did Burns know, that Rooster Teeth co-founder and one of his best friends Gus Sorola changed the page to say “Burnie sucks c*ck.”

The current, more relevant content of Burnie.com is his goodbye to Rooster Teeth, thanking his friends, employees, and the management for their collective work. His About page shows his more humorous side, if you are unfamiliar with his personality. Among the sweet photos of his wife, children, and family are captions about himself, “radicalizing children”, and showing off his wife’s butt. It is unclear right now if Burnie Burns has new is planning a new business venture or is planning to retire.

Are you familiar with Burnie Burns’ work? Let us know in the comments below.