Kena: Bridge of Spirits Promises Exploration and Adventure in a Beautifully Animated World

Among the many amazing games showcased today alongside Sony’s PS5 reveal is a story-driven action adventure game, Kena: Bridge of Spirits, from newly established indie studio Ember Lab. The game is set to debut around the 2020 holiday season for the PS5, PS4, and PC (via the Epic Games Store).

The studio’s strengths in visual effects and animation really comes out in the announcement trailer for Kena: Bridge of Spirits. Comments under the video in Ember Lab’s Youtube channel almost unanimously remark on the trailer’s astonishing, high quality animation.

The protagonist and titular character, Kena, is a young Spirit Guide on a quest to uncover the mysterious demise of her village. She’s accompanied by a multitude of tiny companions, known as the Rot, who will enhance her abilities throughout the game as their bond deepens. In the trailer, she uses her crystal staff as a melee weapon, a bow, and a focus for blasts of blue magic that destroys enemies and restores vibrancy to corrupted land. 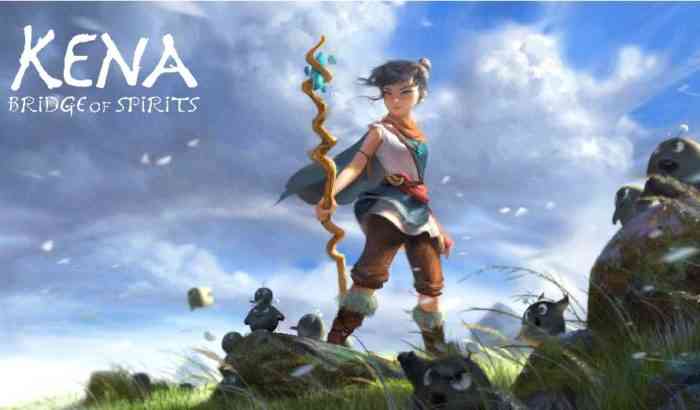 According to the press release, the game will take advantage of the PS5 hardware capabilities, including immersive haptic feedback — such as simulating string resistance for Kena’s Spirit Bow.

We can’t wait to try this game that promises exploration, puzzle-solving, and fast-paced combat in a beautiful journey.

Back 4 Blood DLC Children of the Worm Launches Later This Month
Next
Burnie Burns Leaves Rooster Teeth and the United States
Previous
In Futuristic PS5 & PC Game, Stray, You Are A Cat