PETA has recently taken to Animal Crossing: New Horizons to protest the game, namely the museum that Blathers curates. Blathers was subjected to the online harassment in the form of PETA demanding he empty the tanks because fish don’t belong in captivity. Considering Animal Crossing is a series about anthropomorphic humanoid animals, we can’t help but think that PETA is taking shots at a game that they should be encouraging gamers play. Animal Crossing: New Horizons is available exclusively for the Nintendo Switch but to be harassed by PETA, gamers will need to additionally subscribe to Nintendo Switch Online which costs $19.99 per year. 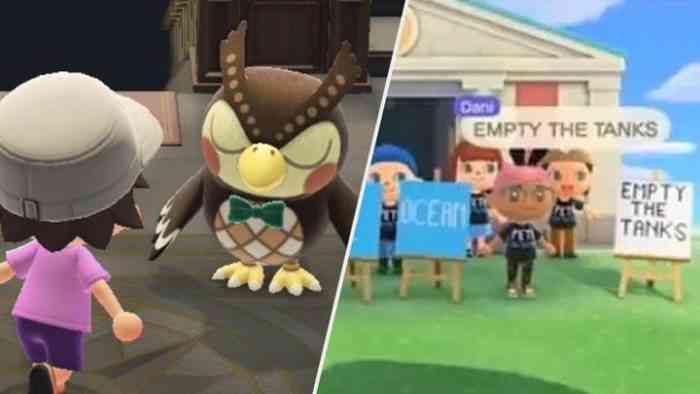 PETA raided the Animal Crossing: New Horizons museum but the footage of the protest was quickly shared to YouTube and TikTok. The animal protection group recently posted a guide on how to play the game ethically, stating numerous reasons why the game about anthropomorphic animals is cruel towards animals. The museum is the cruel key to the alleged animal abuse in Animal Crossing: New Horizons, which is why PETA swarmed the optional island fixture to voice their displeasure. While the protesters have ensured their voice was heard, each player had to purchase a copy of the game and a Switch Online subscription to set it up, resulting in a Nintendo win.

While we can sympathize with many of PETA’s demands as it pertains to animal abuse, protesting Animal Crossing: New Horizons seems like misplaced anger. While their protest included in-game screaming throughout the museum, the PETA protesters also utilized custom designs to share their message. There’s a tinge of irony as the animal rights activists protest the caging of fish and bugs while harassing an in-game owl who’s just doing his job.

Do you agree with PETA and their anti-museum views? Let us know in the comments below!