Iron Man VR was delayed due to the COVID-19 pandemic but it will finally be arriving in early July. The virtual reality title was originally slated to release in February, then was pushed to earlier this month but it was hit with more delays after the pandemic made the final process of development more difficult for Camouflaj. Gamers will be able to fly around the world like Iron Man exclusively for PSVR when it releases on July 3rd. 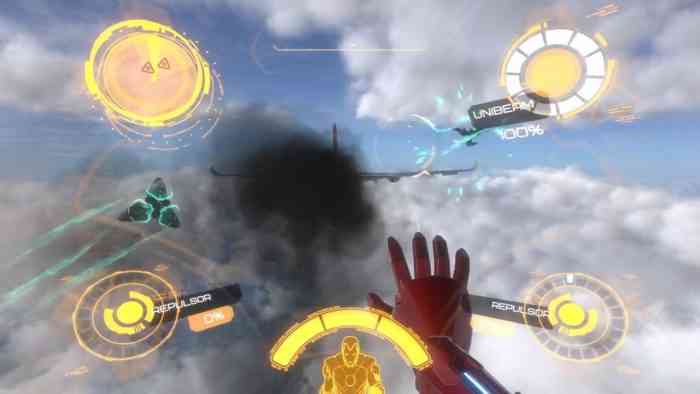 While Iron Man VR wasn’t the first title to be delayed due to COVID-19, it’s a pleasant surprise to see the new release date coming so soon. The VR game was delayed on the same day as The Last of Us Part II and it was kind of overshadowed as a result but now Iron Man VR will be getting the attention that it likely deserves. The title was faced with two delays, suggesting parts of the development may not have gone as smoothly as Camouflaj initially intended beyond the COVID-19 pandemic.

The official Twitter account for PlayStation made the release update for Iron Man VR, stating, “SIE Update: We are pleased to announce that Marvel’s Iron Man VR will release on July 3. Please look forward to more news in the coming weeks!” While we were hoping to fly around as Iron Man this month, we’re looking forward to the release of Iron Man VR this July. The game didn’t receive new footage or screenshots as part of the recent announcement but from what we’ve seen so far, it looks like a VR game that’s worthy of the Iron Man banner.

Will you be taking control of Tony Stark in Iron Man VR this Summer? Let us know in the comments below!


Returnal Review – Beginning the Cycle of Next Gen Gaming