According to developers at Hello Games, No Man’s Sky may be having its most ambitious year in 2020. While 2019 evolved the space adventure drastically, the best post-launch content is yet to come apparently. The developers are happy with their work across 2019 and want to work just as hard to improve No Man’s Sky throughout 2020. When the game released in 2016, it wasn’t in a very good state but since then it has become a very notable space travelling adventure. No Man’s Sky is available for PS4, Xbox One and PC right now. 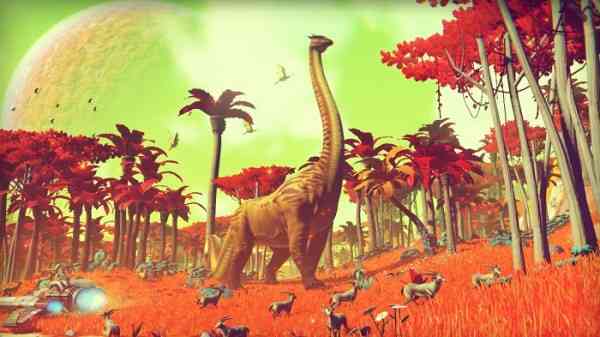 “Beginning with Synthesis, we planned to release more regularly, and it’s encouraging to look back on how this has unfolded so far. Over the past five months, we’ve released four substantial content updates,” said Hello Games developers. “Synthesis, ByteBeat, the Living Ship and the Exo Mech and we’re so happy with what each of those has added to the vision of the game. In addition to these content updates, we are working up some more ambitious additions to the universe, and have so much more planned for 2020 for us to feel excited about.”

While we’re excited to see how much more Hello Games can add to No Man’s Sky to make it a definitive sci-fi game, we aren’t entirely sure how much more ambitious they can get than allowing players to create living ships. An alternative Exosuit Backpack has been developed in-game by The Quicksilver Synthesis Companion and although it isn’t a very ambitious change, it will please veteran players. No Man’s Sky Beyond brought players together in a way that was expected upon launch, but when it released last year, it became our favorite update so far. We’re looking forward to seeing what Hello Games can release to top their previously most ambitious content drops.

What do you want to see added to No Man’s Sky? Let us know in the comments below!

No Man’s Sky Flies To Launch On The Nintendo Switch In October
Next
Red XIII Is Playable in Final Fantasy VII Remake Via Save Editing
Previous
WWE 2K21 Is Apparently Cancelled, News Coming Next Week