Command & Conquer is Finally Getting Remastered

The original Command & Conquer is officially getting a remaster this year, with the visual update coming to Steam and Origin on June 5th. EA recently announced that the remaster will be part of the upcoming 25th anniversary celebration for Command & Conquer. The remaster will bundle together Tiberian Dawn and Red Alert which will be updated graphically to allow for 4K resolutions. While the series recently came to mobile with a bang, fans have been anticipating a re-release for the original title for years and in June, they’ll finally get it. The original Command & Conquer released in 1995 and it kicked off a widely popular RTS series that impacted the industry as a whole. 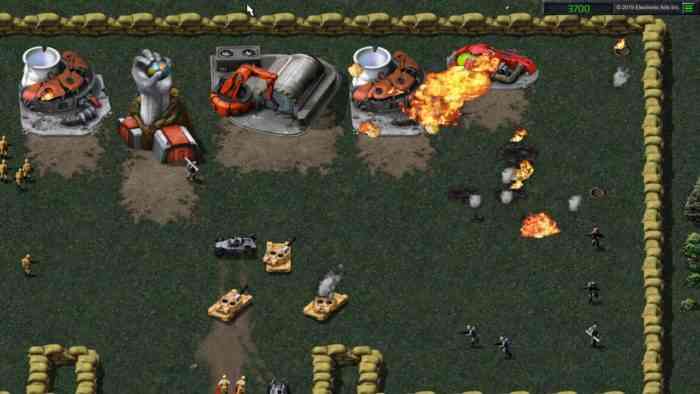 All of the in-game sprites of Command & Conquer are being re-polished with textures that fully flesh out each unit with the upcoming remaster of the game. Considering some fans may not want to play using the updated visuals, gamers will be able to easily switch to the original visuals when they want to. The UI has been revamped for the remaster of C&C, the multiplayer has been updated and a highly anticipated Skirmish Mode has been added to Tiberian Dawn so this remaster gives fans of the original C&C plenty to appreciate.

We did hear about the Command & Conquer re-release back in 2018 but EA has been implementing fan feedback since then to create the ultimate remaster experience for the fans. The soundtrack will also be revamped but just like the original graphics, fans of the first title can quickly switch to the original soundtrack. Gamers who buy the remaster will get the three expansion packs for the two games: Covert Ops, Counterstrike and The Aftermath. According to EA, more content will be added to the game and fans can pre-order two collectors editions as well.

Are you a fan of the original Command & Conquer? Let us know in the comments below!

The Old Ways Event Coming to Apex Legends
Next
Uncharted 4 and Dirt Rally 2.0 Will Be the Free PS Plus Games for April
Previous
Plague Inc. To Add Save The World Mode