8-Bit Armies from developer Petroglyph is the closest we’ve come to mindless RTS since the original Command and Conquer. Here’s a game that delivers on its promise of huge battles spawned from nothing but a desire to wreak havoc across a large battlefield. Though I found nothing utterly unique about the game’s design, its technical polish and air-tight gameplay had me nodding in appreciation.

The RTS genre has built itself around a simple set of principles: harvest, build, and battle, a formula from the dawn of PC gaming. 8-Bit Armies deliberately drives back into basics. When you play, your mind may jump back to nostalgic moments with Command and Conquer (or whatever franchise invaded your early PC days). Not to say the experience has any political fiction infused into its sprawl of spray and pray. Without a story to speak of, the game ultimately leans on your passion for endless warfare at the expense of pixels. Base management is vastly streamlined, compared to games of the genre today. And no building, with the exception of turrets, serves a purpose beyond unlocking new units and more buildings. You’re seldom distracted from the act of battle itself, maybe less so because of the art style.

The literal name of the game is a misnomer. Players don’t command a group of pixels across a flat landscape. Any bits, in 8-Bit Armies, take on the form of voxels, like Minecraft. In many ways, it’s the RTS equivalent of Minecraft for its potential to keep you busy hours at a time. Sure, there’s no blood or gore, or heaps of metal flying in every direction; instead, we’re treated to legions of blocks that endlessly rain in a rainbow sea of havoc… and modulated screams, which are satisfying.  But, as simple as the carnage may seem, brainpower is mandatory for this battlefield. 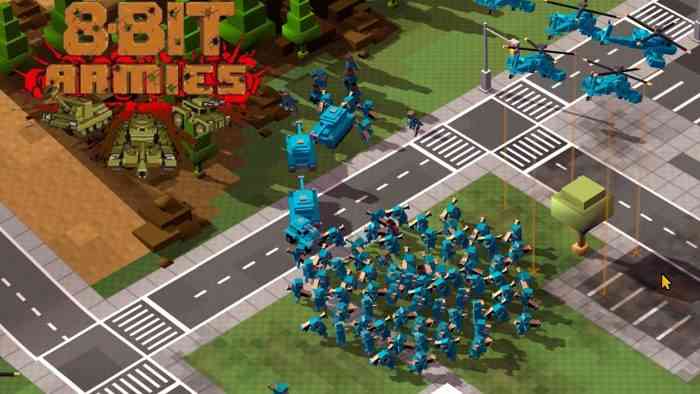 More Than Meets the Eye

While the single-player campaign lacks a narrative, it is typical and well-structured for how it gradually introduces units and tactics. At first glance, the basic army foils fooled me into thinking the game would get old quick. In reality, the roster greatly builds and brings more dimensions than flat surfaces. There’s a counter for every unit and a counter for every counter, which motivates careful consideration in army preparation. To help, every mission orients you to the complexity of a new unit, although the game never feels complex. Before you know it, you’ve built a mental chart on how to organize your forces. Of course, very few tactics can countermand the advantage, simplicity, and fun of a horde of firepower.

Another factor of the fun is music. here, it’s a mix of pixelated beats and arcade rhythm that adds a bit of wow factor to every engagement. It copies the general tone of the game by massaging your instinct to blow things up. At times, the music’s pace fueled the urgency with which I complete every task, and it successfully got my blood pumping. This high-energy soundtrack encapsulates the essence of this RTS and can inform how you approach each battle. I doubt the gameplay would have left as much a mark on my satisfaction without it. 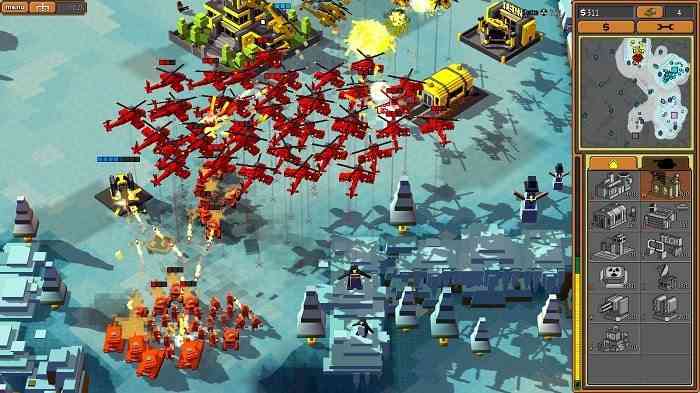 Unfortunately, 8-Bit Armies faces an age-old hurdle in the transition to consoles. The controller, as opposed to keyboard and mouse, makes map navigation deliberate instead of automatic. The scheme gets worse when you’re introduced to troop transports. Hand-eye coordination is key to embarking and disembarking units, and it hardly seems worth the effort. Still, Petroglyph has adapted to the control scheme relatively well. Square, X, and Y on the PS4 controller facilitate large army management since you can assign units to a single button from the get-go. That said, there are far more unit types than there are buttons, which means you cannot split a group for every unique unit (artillery, air support, infantry, etc.). This will be a huge let-down to some players. On the plus side, I can wholehearted recommend the game to newcomers. Many RTS games cater to hardcore players with endless add-ons and upgrades, but here’s a game that does away with too much seasoning and gets right to the meat. The tutorial may have been the fastest tutorial I’ve ever played, which helped get me on board right away.

I must add, 8-Bit’s prime selling point may also be a vice. It is one of the most accessible games out there, if not all that original. Innovation’s not the name of the game; it’s more of the same. However, the experience boasts a large enough unit roster to encourage plenty of experimentation. Moreover, at the time of this review, there are two playable factions whose armies vastly differ – They’re not reskinned but actually vary in how they play. Beneath a simple shell, there’s a playground of warfare that thoroughly detracts from boredom. And while it may not be a graphical marvel, 8-Bit Armies easily employs more fun factor than some of its graphically-demanding peers. If Petroglyph can build on its factions, I don’t see why it can’t renew the foundations of a neglected genre. 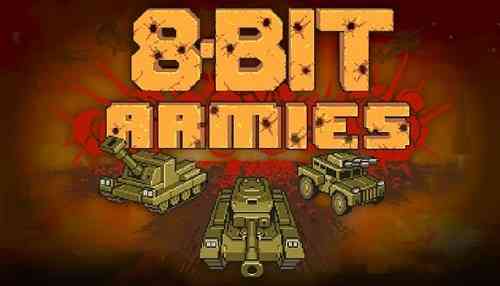 Crossfire: Legion Review – Back to the Old School
Next Astro Bot Rescue Mission Review – A Wonderful PSVR Seller
Previous Gift of Parthax Review – Could Have Been Magically Mystifying