Ubisoft has announced that they’ll be making Assassin’s Creed Odyssey completely free to play this weekend. Pre-loading is available now on PC through the Epic Games Launcher, UPlay and PS4. Unfortunately for Steam users on PC and Xbox One won’t have pre-loading and will have to download the game when it goes free to play. To compliment the free to play weekend for Odyssey, the game will be discounted for fans that want to continue their sessions indefinitely. Assassin’s Creed Odyssey will be free from March 19th until March 22nd for PS4, Xbox One and PC. 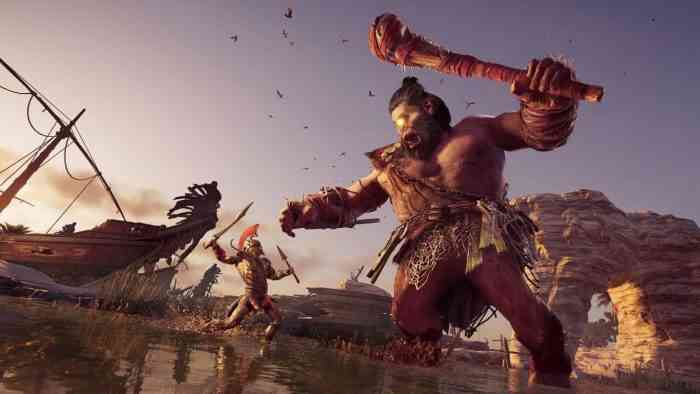 While gamers will doubtlessly take to Assassin’s Creed Odyssey in droves this weekend, players who decide to purchase the game beyond the free to play weekend will be delighted to know that all of their save data will transfer over to the purchased copy. The free weekend includes the full version of Odyssey and players will be able to unlock the classic Ezio Roman Set through Ubisoft Club if they’re fans of the second title in the series.

Will you be playing Odyssey this weekend? What’s your favorite Ubisoft title that you’d recommend a friend to buy on sale? Let us know in the comments below!