Hunt Your PS4 Friends on PC With the Predator: Hunting Grounds Trial

While Predator: Hunting Grounds won’t be releasing until April 24th, the game will be receiving a free trial next month. The trial will begin on March 27th and it will last until midnight on March 29th so gamers will have a weekend to hunt their friends as one of three Predator classes. The free trial will be crossplay enabled so fans of Predator on PC can battle their friends on PS4 as well. PS4 gamers will need to be subscribed to PS Plus to play the game, while PC gamers will have to go through the Epic Games Store. 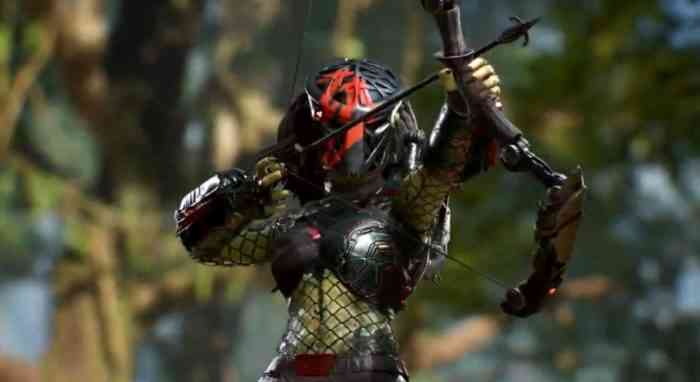 The three distinct classes of Predator: Hunting Grounds are the brutish berserker who opts for close-range combat, the well balanced hunter class and the long-range, stealth stalking Scout. Each class has its own unique abilities and part of the free trial will involve gamers getting the feel for each and finding one that works best for them. This asymmetrical multiplayer shooter will involve a fireteam of humans taking on an overpowered Predator similar to Friday the 13th or Evolve.

The fireteam of humans drops into various conflict zones in South America an have an arsenal of grenades, assault rifles, shotguns and heavy weapons. Predators will combat this firepower with their futuristic weaponry, consisting of a Combistick, Smart Disc, Wrist Blades, Plasma Caster and more devastating weapons. Soldiers will want to stick to shelter and camouflage themselves in the forest canopy while Predators will observe their pray from above in the trees. Destroy all of the soldiers or survive the Predator assault, both sides offer unique challenges.

Metro Last Light: Redux 80% Off On the Epic Games Store
Next
GDC 2020 Postponed Due to Coronavirus
Previous
Final Fantasy VII Remake Figures Given Away as Prizes in Japan