Yesterday, we got word of a strange contest for American fans of Final Fantasy. It is an event to earn exclusive in-game items, but a new Japanese contest in promotion of the new game has prizes that are a little more material. The rules and description of the contest are in Japanese and therefore lost to the universe, but the rewards look pretty cool. The prizes include Final Fantasy VII Remake figures of popular characters, towels, drinking glasses, and pins, but the quality is being questioned. I’m no collector’s item curator, but they look fine to me. 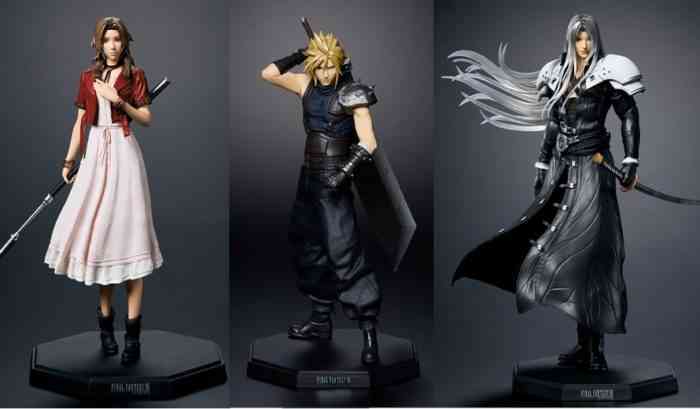 There are figures of Cloud, Sephiroth, and Aerith being given away. These particular prizes are being criticized for their looks. There is also a stuffed Moogle plushie of undetermined size. Well, the sizes of every prize is undetermined. Other prizes include drinking glasses of Cloud, Tifa, the Shinra Electric Power Company, the classic new game screen, and the Remake’s logo, as well as towels with Cloud, Sephiroth, both Cloud and Sephiroth, Tifa and Aerith, and a mystery towel. These towels appear to be beach towel sized. 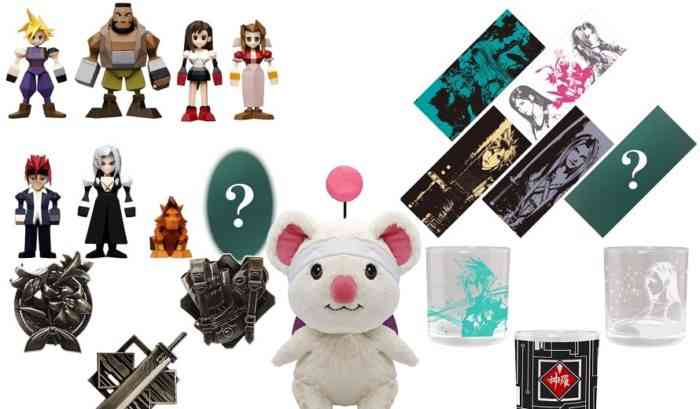 The coolest prizes, in my own opinion, are a collection of embossed pins and a set of classic polygonal character figures. The pins feature the Shinra Electric Power Company, Cloud’s Buster Sword, Tifa’s gear, Aerith’s flowers, and a stylized Meteor logo. The set polygonal characters include Cloud, Aerith, Tifa, Barret, Reno, Sephiroth, Red XIII, and another mystery figure. Unfortunately, it looks like this contest is already over or is winding down. The contest page has a promotional video released back in December, so any hope of getting your hands on any of this is slim at best. Final Fantasy VII Remake will be out exclusively on PS4 on April 10th.

Which of these prizes would you like the most? Let us know in the comments below.