Apex Legends’ Revenant Is Getting Romantic With Twitch Prime

Twitch has unveiled their rewards for Twitch Prime members in March, including the Gilded Rose Skin for Revenant in Apex Legends. The Gilded Rose Skin turns Revenant into a gold and rose romantic instead of the terrifying nightmare that he normally is. The Revenant skin is available to Twitch Prime subscribers until March 19th, while other rewards such as a Fifa 20 pack and Destiny 2 content are part of Twitch’s March rewards as well. Apex Legends is available for PS4, Xbox One and PC right now for free. 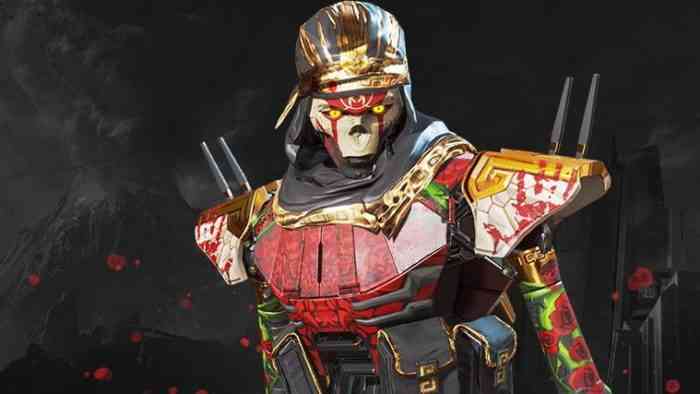 Revenant’s eyes have never looked more piercing as they do in the Twitch Prime Gilded Rose Skin, with the gold and red accentuating the bright yellow. If you’re a Prime Subscriber and an Apex player, you should be sure to check out this new skin before March 19th. Fifa fans will get an exclusive 81+ OVR item and 4 rare gold player items until March 24th. Currently, Twitch Prime subscribers are able to receive Destiny 2 content such as the Poultry Petting emote, Praxic Finery sparrow, the Sails of Osiris ship and a Legendary Ghost Shell.

One of the things currently available to Twitch Prime subscribers is for PUBG fans who will gain a Gunslinger Crate and Gunslinger’s Format Jacket. There’s apparently some content coming for Black Desert fans to look forward to as well. The upcoming  list of Twitch Prime freebie games for March includes Bomber Crew, Furi, Epistory: Typing Chronicles, Mugsters and Whispers of a Machine. Twitch Prime is available as part of Amazon Prime but there’s no word yet on Optimus Prime.

Which of the March rewards for Twitch Prime are you looking forward to the most? Which Legend do you main as in Apex Legends? Let us know in the comments below!