Tis the season of gifts

Baby, all I want for Christmas is games. Twitch hears that. Beginning way back at the end of November, Twitch has been rolling out free games for Twitch Prime members. A few days ago, Twitch added seven more games to the list, bringing it to a total of fifteen games. Eight games were made available to Twitch Prime members on November 30th. These game included Poi, Smoke and Sacrifice, Hacknet: Complete Edition, and five games published by SNK. The SNK bundle is comprised of Pulstar, Metal Slug 2, Samurai Shodown II, Fatal Fury Special, and Baseball Stars 2. The seven games added on December 20th included Broforce, Hotline Miami 1 & 2, The Messenger, STRAFE, Crossing Souls, and The Swords of Ditto. These games were bundled as the Devolver Digital Holiday Pack. 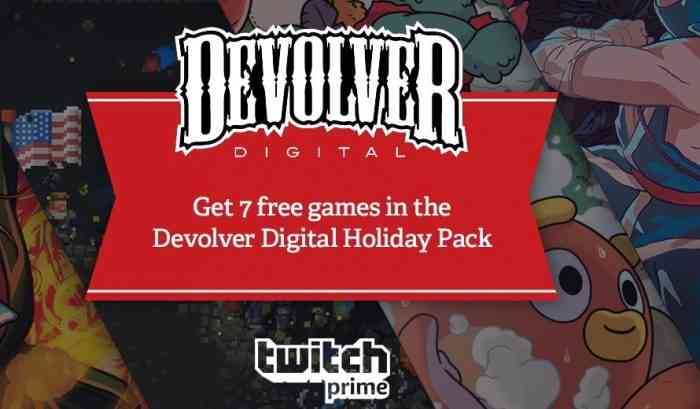 Like all good Christmas gifts, these games are offered for a limited time. The games from November 30th are only available until December 31st. The games added more recently can be downloaded until January  31st. There is also an option to “Share the love” where Twitch Prime members can gift these games to someone else. In addition to the free games, there are also free loot bundles available for Prime members who have Rainbow Six: Siege, World of Tanks, and Warframe. The free loot for Rainbow Six: Siege and World of Tanks is available until December 31, while the Warframe loot can be collected until March 12th!

What else do we have?

The World of Tanks loot includes a special skin, emblem, medal, and “Premium in-game content.” Warframe has two separate bundles which include the Trinity Prime Warframe and a Prime Syandana in the first, and Prime Weapons in the second. All of the weapons have “Prime” in the name, in case you forgot how you got them. There is no current information given on what the Rainbow Six: Siege players are given, but it’s free, so if you collect it let us know! The complete catalog on what Twitch Prime members can pick up can be found here.

What games are you going to pick up? You know what, just get them all and tell us if you liked them in the comments below.