According to Stardew Valley’s press page, the ConcernedApe developed farming simulator has surpassed 10 million units sold worldwide. The last update in sales the developers gave was when Stardew Valley had sold 6 million copies worldwide back in August 2019, which means in about five months, 4 million units were sold. The increase in sales is likely attributable to the constant updates ConcernedApe have brought to the game to improve it from the single player community experience it started as. Stardew Valley is available on PS4, Xbox One, PC, Nintendo Switch and Mobile now. 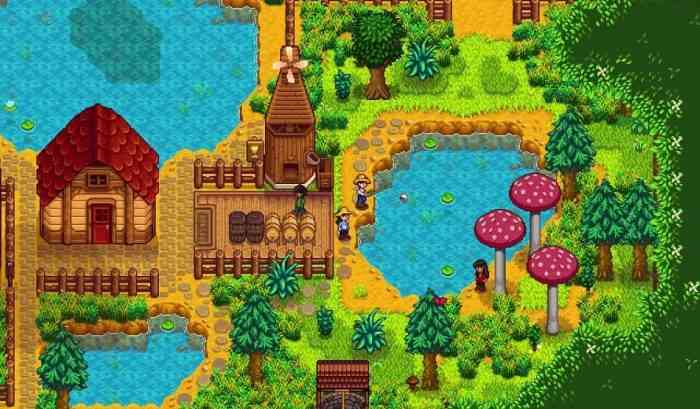 Stardew Valley uses pixel art that would be comfortable on the Super Nintendo despite being a current-gen title. It originated as a single player experience that focused on farming and community but in 2018, the game had multiplayer added to it in an update. The multiplayer feature allowed up to four players to join one farm and work together to build and manage their own farm. Despite the fact that the game now supports multiplayer on all platforms, there’s still no mention of cross-play being added.

Just before Christmas 2019, Stardew Valley received a large content update which introduced necessary bug fixes, new end-game content and quality-of-life improvements for the 10 million farmers in the game to enjoy. The game was self-published by one-man team Eric “ConcernedApe” Barone over the course of four years and it’s impressive to see such an experience receive such tremendous success in selling 10 million units. It’s a story reminiscent of Minecraft and the developer, Markus “Notch” Persson, who made it. ConcernedApe continues the indie vibes by keeping quiet about this sales milestone and only updating the press page for the game to make a statement.

Are you one of the ten million Stardew Valley gamers? Do you farm solo or with friends? Let us know in the comments below!