The Survivalists Releasing in Early 2020

Team17 announced their new title, The Survivalists, during Nintendo’s recent Indie World Presentation with an early 2020 release window. The title is part of the Escapists universe but offers a mix of strategy and survival gameplay elements. Gamers can join up to three others or play solo to survive across procedurally generated islands by crafting equipment, tools, and weapons, building bases and structures and completing numerous tasks. The Survivalists is coming to the Nintendo Switch, PS4, Xbox One and PC through Steam when it releases. 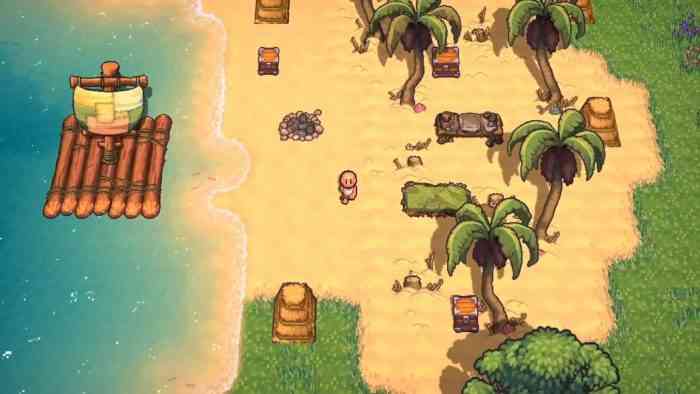 The developers behind The Escapists and Worms bring this brand new title to numerous platforms early next year and although the title is set in The Escapists universe, it offers gameplay unique to the title. For example, gamers can train monkeys to help them along their adventures, making survival on the procedurally generated islands a little bit easier. The day and night cycle will likely affect the local wildlife, replacing diurnal creatures with the more dangerous nocturnal hunters. There are also sharks to watch out for in the water so travelling from one island to another won’t be a piece of cake.

The charming isometric visuals of The Survivalists are reminiscent of The Escapists, although the warm island colours feel extra vibrant. The co-op gameplay in the trailer below shows gamers working together to destroy rocks and trees to craft tools and structures to help them survive but we’re more interested in all of the things monkeys will do in exchange for bananas. The forces of nature are apparently quite hostile in The Survivalists so we’ll need all of the monkeys we can get.

Are you a fan of The Escapists looking forward to the next evolution of the universe? Which Escapists game has been your favorite so far? Let us know in the comments below!

Main Assembly Is That Robot Builder You’ve Dreamed Of

Team17 Is Teasing Something for Overcooked 2 Coming in Spring