NHL 20 has been the year that the series has dropped their previous announcers Eddie Olczyk and Doc Emrick for other voices. However, adding Snoop Dogg to the game has caught everyone by surprise. Gangster rap and hockey don’t really have a lot in common, but that has not stopped the world-famous rapper and the NHL from teaming up and making the ambitious collaboration happen. 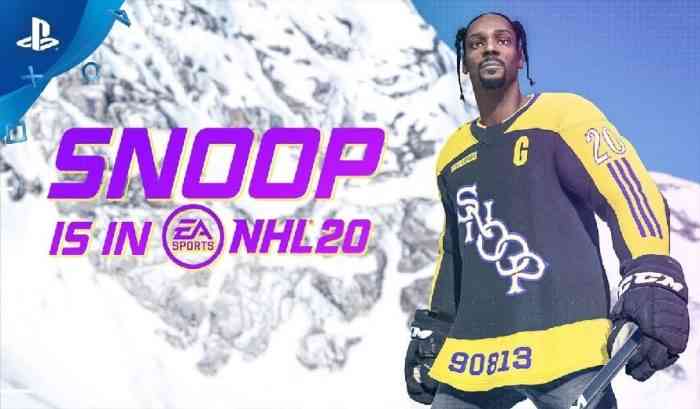 Snoop Dogg has made cameos around the NHL before. Being a Los Angeles resident, Snoop has had interviews between periods during LA Kings and Anaheim Ducks games. He also had a short stint as the special guest commentator at one of the King’s regular-season games. Something that was well received by the fans. It appears that is was only a matter of time before Snoop Dogg found himself in a hockey video game.

While being able to hear Snoop comment over a game you are taking part in is one thing, but actually playing as him is totally different. However, EA Sports thought of that too and has made him a playable character in NHL 20’s World of Chel modes. You can now faceoff (literally) as Snoop Dogg against the best hockey players the Nation Hockey League has to offer.

Like most of EA’s sports games, NHL has not been safe from the ire and outrage of fans in the past. However, NHL 20 has largely been well-liked by a fanbase that was quite jaded and bitter thanks to previous installments in the series. Thankfully things are starting to look up. And small things like adding Snoop Dogg are definitely going to help. The NHL and by extension their video game series have always been horrible at marketing their product. This could mark a major turning point.