At this point, I’m not sure if I should be disappointed, frustrated, or flat-out sick from EA Sport’s NHL franchise. Way back in 2019, I touted the future of EA Sports’ hockey simulation as bright. I praised the development team’s focus on improving the feel of the on-ice action. The addition of mid-stride puck pickups felt game-changing. But, more than anything, like the first proper step in shaking NHL’s shaky, arcadey roots. However, each year since that, hope for what this series could become seems more and more like a fantasy. And NHL 23 might be the worst offender of the bunch. 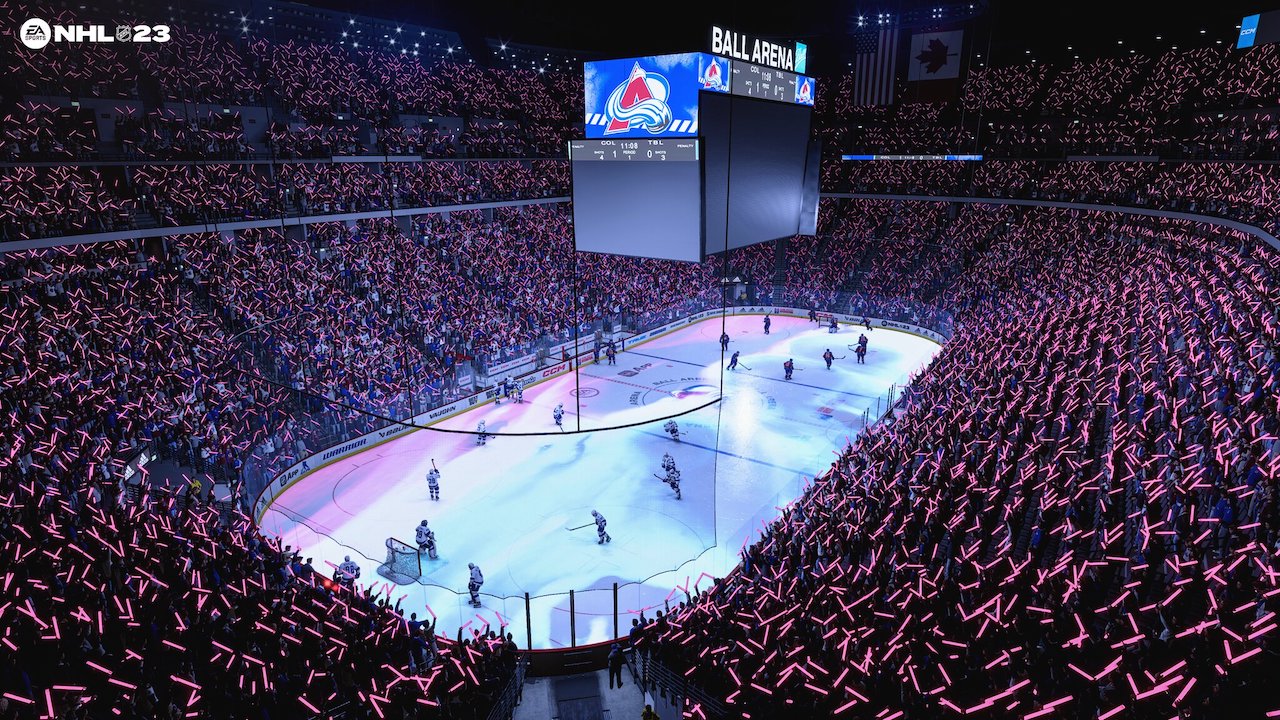 To their credit, EA Vancouver has done a fantastic job in recreating the look of a hockey game. The players you care about appear spot-on to their real-life counterparts. Though, as usual, many third and fourth-line players look like generic Sears mannequins. Jerseys are gorgeous, looking as authentic as ever, thanks to some impressively detailed stitching. Goalie equipment particularly benefits from this. And I can’t praise the ice enough. Reflections and marks appear on the surface of the ice in ways not seen before. If there’s one particular reason why I couldn’t go back to NHL 22, it would be this.

It’s not just the visuals, either. The audio has seen a few key improvements that significantly (and positively) affect NHL 23’s presentation. On-ice sounds like skates digging through the surface, bodies cracking against boards, and players calling out for line changes all ring out with crisp authenticity. While the commentary is still far from an actual broadcast (or even that of the Fifa/NBA 2K series), it’s the best we’ve heard. This is mainly due to EA having improved the timing of James Cybulski’s calls, making big moments feel as important as they should.

Finally, the crowds have seen a significant overhaul in how they react to different situations. Fans will count down the clock during big wins. They’ll boo hometown players that aren’t meeting expectations. In general, they’ll let you, the player, know how they’re feeling, and that’s a great thing. These are all long overdue additions that, while I’m happy to see them, are only a tiny part of a much larger, incomplete puzzle. 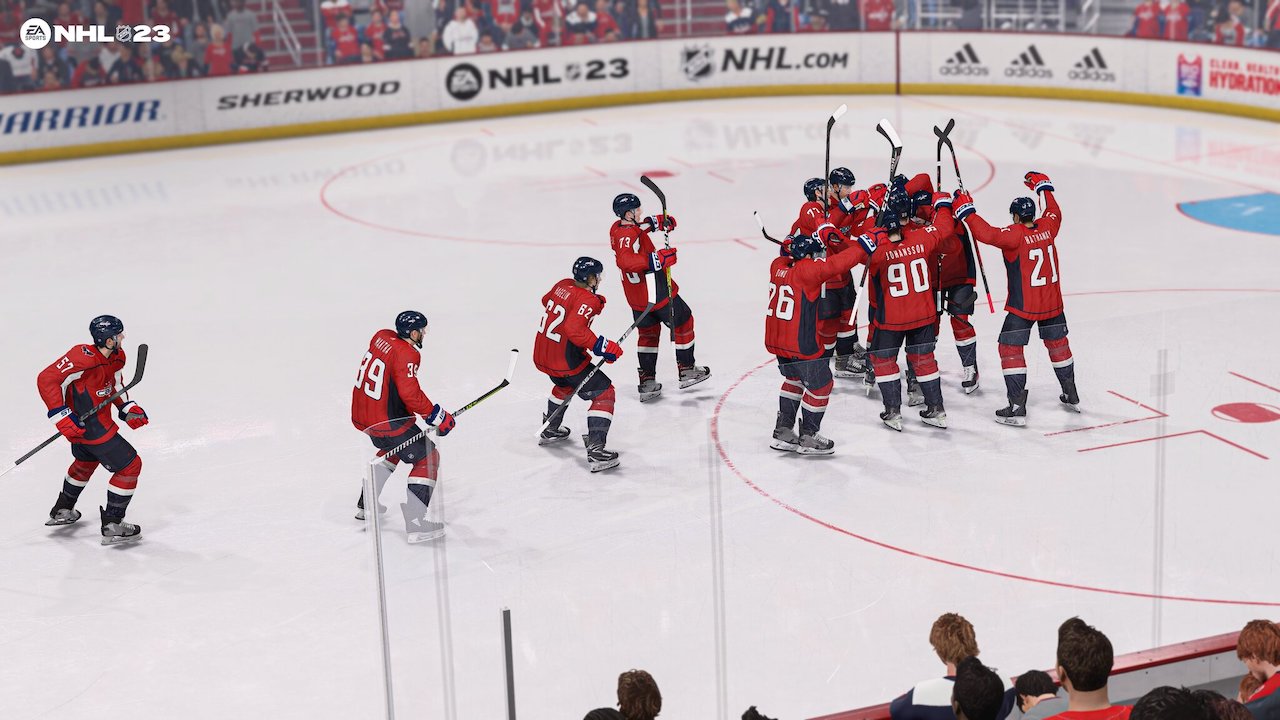 At first glance, veterans of the NHL franchise will be hard-pressed to notice a difference between NHL 22 and even NHL 21. Franchise and season modes are nearly identical to years prior. Both options are still lacking the off-ice drama you might expect to arise when captaining a hockey team through an 82-game season. And Be-A-Pro, where you would think I’d find that bit of personality I desperately crave, is still nothing more than taking a player through their paces. If you’ve played any of these modes in the past several years, you’ve played them in NHL 23.

Even the microtransaction-heavy Hockey Ultimate Team feels decidedly bland this year. Exasperatingly, with the addition of women to the mode, there’s now an even larger pool of cards that I couldn’t care less about. The process of opening packs and selling the garbage was already a tedious task. In NHL 23, I’ve found it almost unbearable.

Here’s the thing; I’d put up with the copy-and-paste game modes and expanded pool of players I’ve never heard of nor will ever use. That I could live with if the on-ice, minute-to-minute gameplay felt as improved as the developers were saying it would. But the fact is, it simply doesn’t. Above all else, “last ditch effort moves” were promised, allowing players to move the puck after taking a minor hit. These moves were to be the next big thing. Though, they’re essentially nowhere to be found. I won’t say they never happened, as a lot goes on during a game. I’m just saying I didn’t see them once in all my time with NHL 23.

Special dekes done by the likes of cover athlete Trevor Zegras such as the “Michigan,” are still part of a skater’s arsenal. But, as was the case in NHL 22, the requirements to perform such moves are still too complicated for the average player. No one is picking up a controller and doing anything fancy without hours of practice. So the issue remains – why bother putting effort into this kind of stuff when the majority of people might literally never see it? Primarily when a glaring lack of innovation exists in so many other parts of NHL 23. 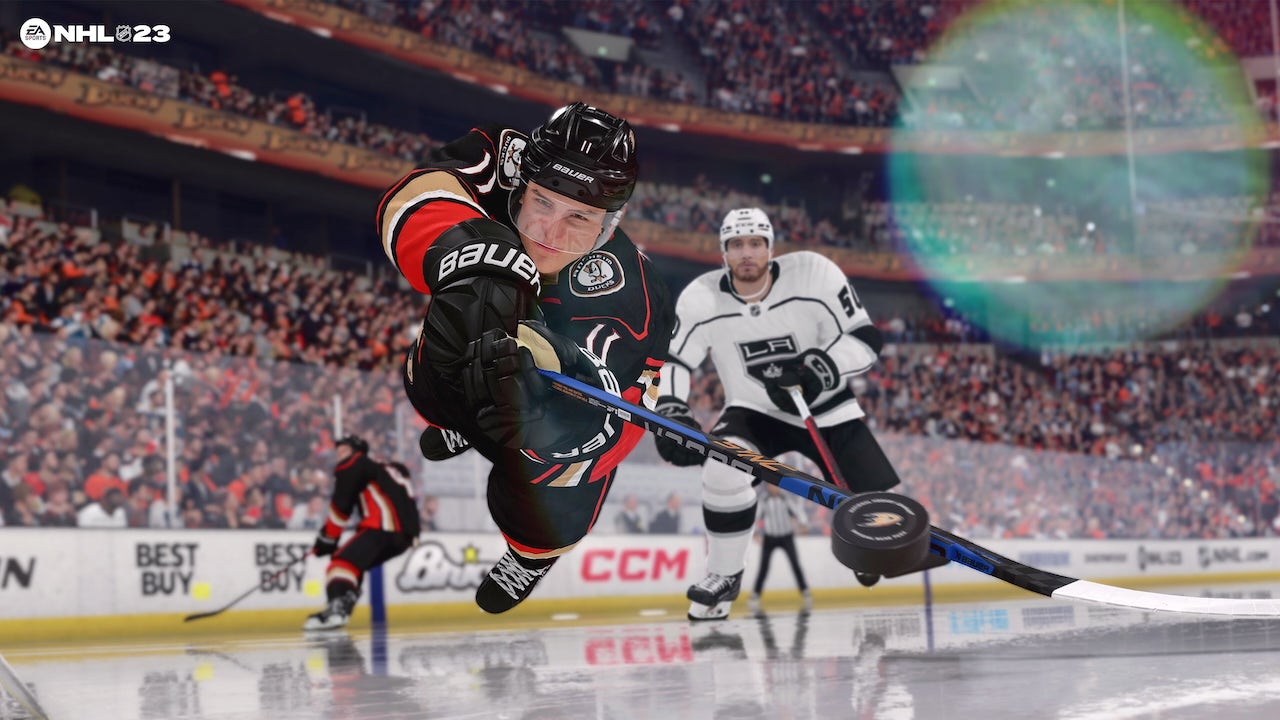 This all equals an NHL experience that looks and sounds better than ever but seemingly makes no effort to improve its driving force. You know, the hockey. With games like MLB The Show and PGA Tour 2K23 setting new standards in sports simulation, there isn’t room anymore for competitors to release subpar products.

I’ll even give EA credit. Fifa feels like simulation soccer. Madden feels like simulation football. I know that they’re capable of bigger and better things. But, for now, NHL 23, like all the ones before it, still feels like the black sheep of the family. As if it’s simply incapable of ever feeling like hockey. It’s telling that the worst cover in EA Sports NHL history is tied to the most disappointing game in nearly ten years. 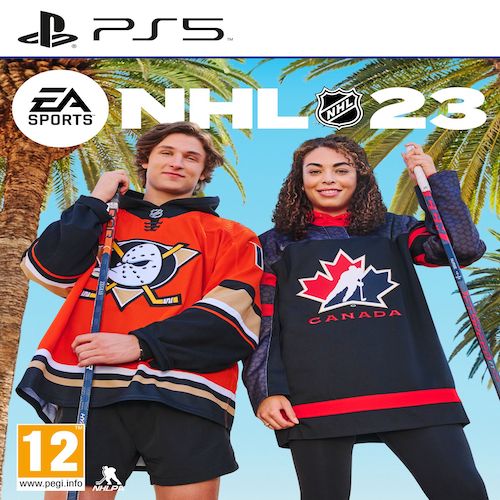