Path of the Warrior Shadowdrops on Oculus

Path of the Warrior Launched During The Game Awards

During The Game Awards, developers at Twisted Pixel unveiled and released the Streets of Rage inspired Oculus title called Path of the Warrior. The trailer for the game doesn’t shy away from its 80’s beat ’em up roots as it shows 2-D sprites becoming VR models. Gamers will chain together combos by beating up enemy AI with their fists or objects found around the various fully interactive environments. The game was announced and immediately released so anyone with an Oculus Rift or Oculust Quest can find it on the Oculus Store today. 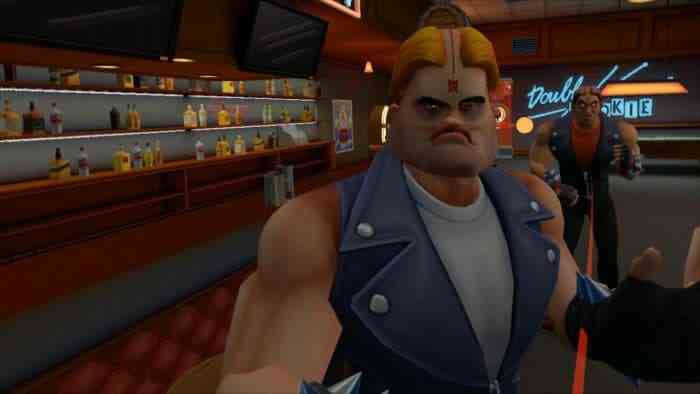 Judging from the launch trailer, the fully interactive environments include a bar, a carnival and a wrestling themed setting. The enemies range from bikers playing pool at the bar to wrestlers who look like Chris Jericho and even clowns. Path of the Warrior was built with the Oculus Quest in mind and it’ll likely become one of the most successful titles on the platform judging from the gameplay in the trailer. The combat looks like a fun, natural evolution of the beat ’em ups genre for the VR formula. Check out the trailer below:

Yes, it appears that gamers will be able to punch in the face of numerous enemy AI in Path of the Warrior but as of right now, it’s an exclusive to Oculus. The game will feature co-op in the future but it’s strictly single player right now. Anyone who buys the title on Oculus Quest or Oculus Rift will be able to play it on both systems, as well as with other players across the Oculus platform. Apparently, there are no difficulty options but gamers will see an increase in difficulty as they progress through a stage.

Will you be checking out Path of the Warrior on the Oculus Quest or the Rift? Do you hope it comes to another VR platform? Let us know in the comments below!