Gears 5 Operation 2 Coming Next Week – Free For All

And It’s Free, for All

In what you ol’ pal Zane calls our current age of gaming, nearly every online game goes though what is often referred to as a Season. They are regular updates to these games that introduced new content for players to chew on for a couple of months at a time. To spice things up, some games use different term for these Seasons. Gears 5‘s word is Operation and the Gears 5 Operation 2 is going to debut next week. Operation 1: Launch offered rewards like character skins, game modes like One Shot One Kill, and a playable Dave Bautista. 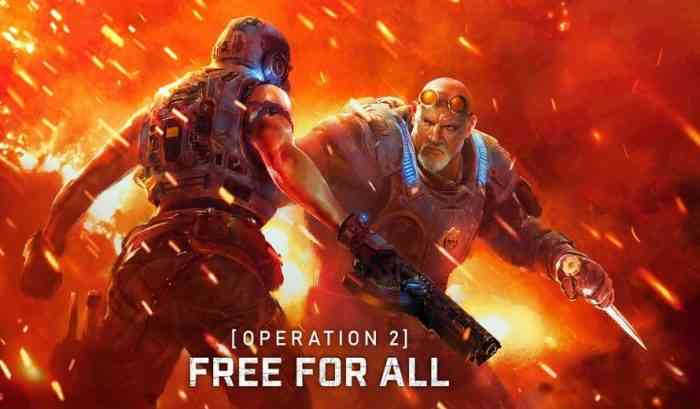 Operation 2: Free For All is a little more direct in its name. If you can decode the name, you can probably guess that the new mode being introduced will be Free For All. The image also shows old Baird as he appeared in Gears of War 4. And their back is turned in the picture, but Lizzie Carmine will also be playable alongside Baird. More details will be released this week, but at least we have a start date for this Operation.

The Thanksgibbing Event wrapped up today following a weekend of boosts and Thanksgiving related items. Operation 2: Free For All will begin on December 11th, so that means Gears 5 players have just over a week left to finish up Operation 1 content and Tour of Duty. If you have yet to pick up Gears 5, it is currently 50% off as part of a Cyber Monday deal. Gears 5 is out on Xbox One and PC.

Have you been enjoying Operation 1 so far? Let us know in the comments below.