Fans Will Have the Opportunity to Design PUBG Skins in Contest

In preparation for PUBG’s 3rd Anniversary, PUBG Corporation is holding a contest. This contest allows players to create their own designs for skins to be added to the game in March. The PUBG skins they are looking are for a hoodie, a parachute, and an M416. Unfortunately, this means you can’t design a full lore-unfriendly Captain America skin for your PlayerUnknown. Once your design is made, you can share it on any social media platform with and tag it #PUBGSkinContest. From there, it will be judged by PUBG Corp. and hopefully be picked to join the finalists. The finalists for each of the items will then be voted on by the community. 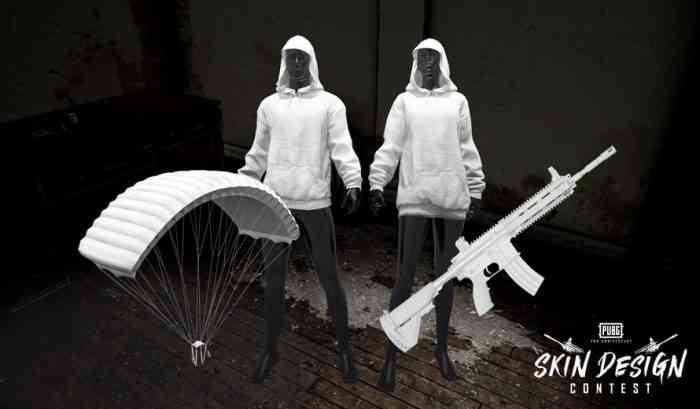 Those hoping to enter the contest have until January 5th to upload their design(s). Between January 6th and 10th, the finalists will be chosen. Then, for a ten day period between January 11th and 20th, fans will vote for their favourite hoodie, parachute, and M416 skins. On January 21st, the winners will be announced, and on March 23rd, the skins will be released. That is the 3 year anniversary for PUBG. The winning designs will be distributed to all players for free and the designers will be awarded special gifts, but what exactly those are have not been disclosed.

PUBG Corp. has outlined more specific rules and guidelines for the contest on their site. Certain “Don’ts” include using Ghillie suit or camouflage textures, religious, political, or organisations’ symbols, logos, names, images, or trademarks of other companies or people, and tobacco, drugs, racism, sexism, or anything obscene or offensive. So, there goes my 4/20 Captain America with the Star of David skin. Once again, if you plan on entering this contents, you have until January 5th to upload your designs. PUBG is available on PC, PS4, and Xbox One.

Are you going to enter the contest? Let us know in the comments below.

We Are Giving Away Approximately $300 in PC Gear and Accessories

Win a Copy of Maneater For Nintendo Switch
Next
6 Different One Piece: Pirate Warriors 4 Trailers Board Our Vessel
Previous
Prosperous Universe: A Game of Space Economics