An official survey for Ghost Recon Breakpoint’s playerbase revealed that the most requested feature for the game is A.I. teammates. Other popular requests include improving enemy A.I., removing the game’s online requirement, and removing the loot system. 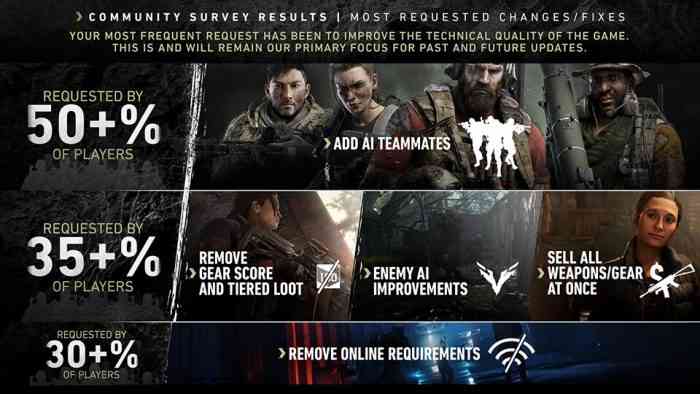 Along with A.I. teammates, Ubisoft said that other requested features (except removing the online requirements) are a work-in-progress. The survey also revealed that the most requested post-launch content is new story DLC. 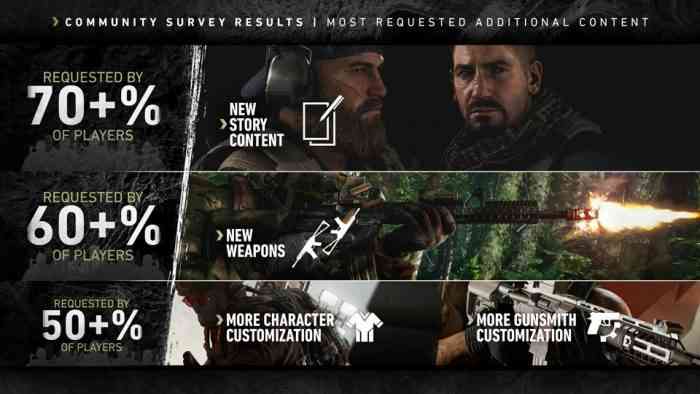 Much like with the requested features, a lot of this requested content is currently being developed, according to Ubisoft. The survey results also covered other requests such as changes to the in-game economy and base jump improvements (which are also being worked on by Ubisoft).

Other Ghost Recon Breakpoint news: A teaser for the game’s first raid was recently revealed and Ubisoft has decided to make a ton of paid cosmetic items available for free.

What do you think of this news? Are there other ways that Ubisoft can improve Ghost Recon Breakpoint? Which of these requested features and content are you looking forward to the most? Go ahead and speak your mind in the comments section below the article.

Steelseries Unveils Smaller, Lighter Mouse To Its Established Prime Line
Next
To the Moon 3 Coming in Late 2020
Previous
Cryptic Bluepoint Games Tweet Points to Next Project