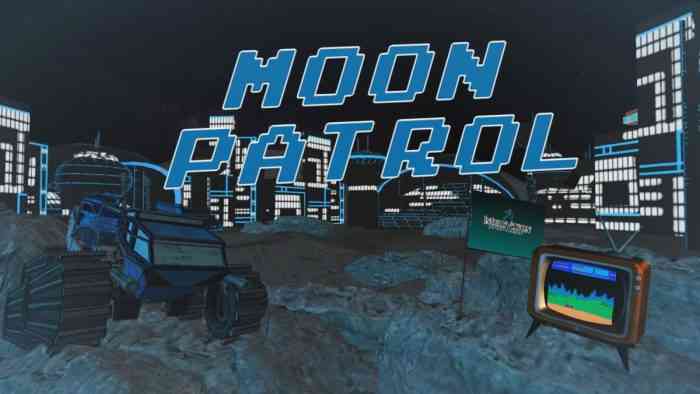 To play the Moon Patrol: The Milky Way Chronicles demo, gamers will have to download the Amico AR app, then buy an official shirt with the Intellivision Amico logo on it. Once gamers own this shirt, they must point their phone camera at the shirt to play the demo right on top of it. Although this seems like a fun and quirky way to celebrate AR technology, it’s a little confusing for mobile gamers who would rather just try the game with no strings attached. Though, once a gamer has played the demo this way, it will be unlocked on the app to play whenever, wherever.

With just less than a year to go before the release of the Intellivision Amico, fun promotional ideas like this are a great way to engage their community. It’s unlikely that most people who remember the original Intellivision will be interested enough in the Amico to purchase a shirt to try an AR demo, but it’s likely Moon Patrol fans will give The Milky Way Chronicles a try.

Will you be getting the Intellivision Amico or do you have enough platforms on the go right now? Does the Moon Patrol: The Milky Way Chronicles demo interest you? Let us know in the comments below!


A Hololens Version of Pokémon Go Has Been Demo’d