Intellivision, in case you’re not familiar, was a gaming console released by Mattel way back in 1979. Although they never made it quite as big as Atari or Nintendo, they still had a handful of decent games. Now, a brand new console called the Intellivision Amico is set for release on October 10th, 2020. 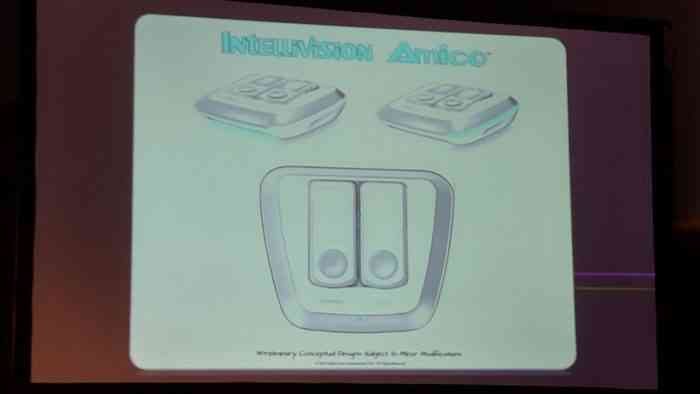 Thanks to Dualshockers we’ve learned a few key details about this retro console. The system will only have 2D games, and those games will be between 2.99 and 7.99 USD. Also, there won’t be any of this T for Teen or Mature nonsense. E10 and under only. The system will allegedly have hardware that pushes 2D gaming to its absolute limit. As for the games themselves, they’ll be Intellivision originals, Atari games and iMagic titles. There might be new games coming, but a lot of what we’ll see first will be souped-up remakes.

It seems like they’re shooting for quality over quantity, only bringing on games that they think will score 7/10 or better. There was talk of third-party developers coming on as well. The presentation featured some mockups of the controllers, but they look like they’re still deep in the prototype stage at this point. Lastly, there was talk of a price point between 149 and 179 USD. Will the Amico be a hit, or will it go the way of the Atari VCS? The official trailer drops on Monday, so we’ll know a little bit more then.


Atari Are Getting Back in the Game with New Console: The Atari VCS

Atari Hotels – So You Can Shut Yourself in on Vacation