The recent Crash Team Racing Nitro Fueled Grand Prix is called Neon Circus and it’s heavily carnival themed. The upcoming update brings Pasadena O’Possum, Ebenezer Von Clutch and Koala Kong as playable racers to unlock and three new karts that are available such as the Nitro Bumper Kart, based on the theme park ride of the same name. There are a variety of challenges spread throughout the game that reward gamers with Grand Prix points, which can be used to buy these cosmetics and more. Crash Team Racing Nitro Fueled is available on Xbox One, PS4 and the Nintendo Switch while Neon Circus will release on November 8th. 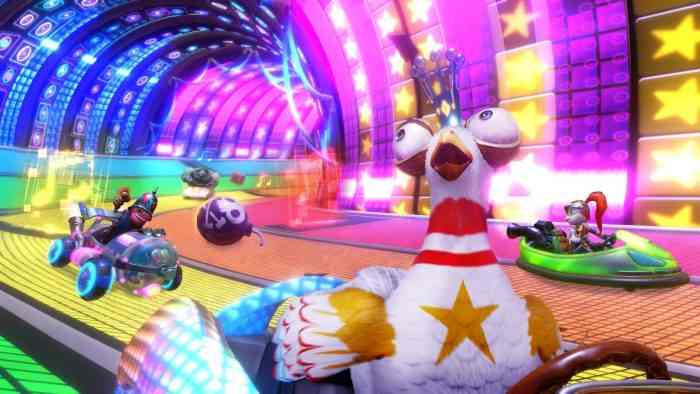 Included with the Nitro Bumper Kart are the Pressurizer and the Daredevil, other circus themed karts that gamers can spend their Grand Prix points on. The new track gamers will be grinding out challenges on is called Koala Carnival and Koala Kong is the master of ceremonies for his track. This course is as colourful as it is death-defying while gamers will have to dodge cannon and fire blasts while taking in the spectacular carnival themed visuals and trying to best the competition to be 1st place. We’re excited to unlock and race as Koala Kong in a Nitro Bumper Kart on Koala Carnival but aren’t as thrilled to grind out the challenges to get there.

Crash Team Racing Nitro Fueled gets a new game mode with the Neon Circus Grand Prix known as Ring Rally. In Ring Rally, gamers will have to race against a clock while collecting rings that will add to their time. Time is added to the clock for each ring gamers collect and rings add a boost to help racers get down the track even quicker. This is more of a race to survive the longest and earn a high score than it is about being the fastest. Focus on the coins, not the speed!

What’s your favorite new character and kart coming to Crash Team Racing Nitro Fueled with the Neon Circus Grand Prix? Which Grand Prix have you enjoyed the most so far? Let us know in the comments below!