The evil Nitros Oxide, the self-proclaimed fastest racer in the galaxy, arrives at Earth and challenges its inhabitants to a series of races to prove just how fast he is. It’s up to Crash Bandicoot, his allies and his enemies, to band together and race against this alien speedster. Will Crash and his companions outrace Nitros Oxide and save the planet from being turned into a giant parking lot?

Nitro-Fueled and Filled to the Brim

Crash Team Racing Nitro-Fueled is filled with content, but a good starting point is the Adventure Mode. While it’s easy to compare Crash Team Racing to the Mario Kart franchise, a more apt comparison, at least in terms of Adventure Mode, would be to Diddy Kong Racing (which itself desperately deserves a better remaster than that awful Nintendo DS version). In Adventure Mode, you’ll explore five different locales bridged together by locked doors. To access the locked areas, you’ll need to complete four races and a boss race in each locale. Races must be won – 2nd place and lower will require a retry. In addition to standard eight-racer races, you’ll also be tasked with a couple other challenging race types; such as Relic Race – which forces you to complete the race in a specific time. The game features three difficulty settings, but I did find they were a bit off – maybe it was just me, but Easy was a bit too easy, and Medium was a bit too difficult. Actually, difficult isn’t the right word, it felt more “cheap”. Granted, Mario Kart is notorious for that too, and at least there aren’t any Blue Shells in Crash Team Racing. 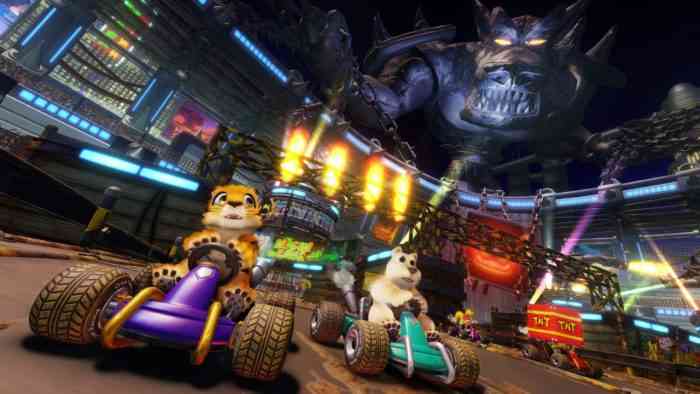 Multiplayer racing is divided into two groups; Local Arcade and Online. Unfortunately, all attempts to race online were thwarted with my inability to find anyone to race against. Assuming there are no server issues, I anticipate it will be a relatively enjoyable, albeit competitive environment. Online allows you to choose between standard races or battle mode. Battle mode, which is also available in Local Arcade, pits up to 8 players against each other in a series of non-racing events. Local Arcade features a whole bunch of different options; such as the previously mentioned Battle mode – which allows up to 4 players to compete locally via split-screen, against up to 4 AI players. Additionally, there are standard races, Relic Races, and more to compete against locally. Local Arcade is where you’ll find an assortment of tracks from some of Crash Team Racing’s sequels, also fully remastered.

Visually, the game is leaps and bounds above the original game, and I would almost suggest it is a touch more impressive than Nintendo’s Mario Kart 8 Deluxe – which is a huge feat. The levels are just chock-full of characters and fun little nuances in the backgrounds. I found myself noticing new things every time I raced a track and the worlds just felt so alive. Another visual aspect I enjoy were the moments prior to boss races where a mini in-game cut-scene would set everything up – they were generally quite humorous and well animated. Players of the original game will be happy to know that they can choose between the original music or newly remastered versions. 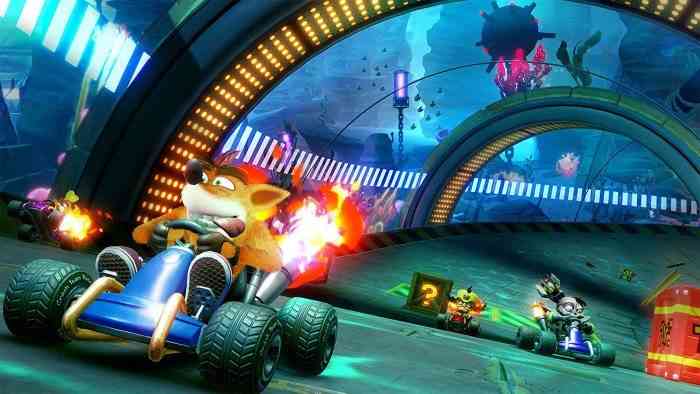 But wait, there’s more! On top of all the content jammed into this game, there’s a pretty robust customization menu with a whole bunch of unlockables to personalize your racer and kart. The customization is purely cosmetic, but in a game like this, that’s ideal. Coming soon to Crash Team Racing is The Grand Prix, a seasonal mode that will introduce new tracks, karts, characters and customization options – unfortunately, we didn’t have an opportunity to see how this works, as it was not available at this time, but more content is always good, so it really can’t hurt.

Crash Team Racing Nitro-Fueled is a top-notch kart racer. There is just a ton of content here that should keep avid fans busy for months to come. The Adventure Mode is pretty decent, with just the right amount of humor thrown in, although the difficulty levels probably could use some tweaking. Easy was way too easy, Medium was a bit too hard, and Hard was… well, not worth the frustration. I had some issues with the controls – it took a while to get used to the odd power slide/turbo technique. It’s also a shame the buttons aren’t remappable. Oh, and those load times are bloody awful. However, the positives far outweigh the negatives and I wouldn’t be surprised if most of the issues I’ve mentioned are addressed in future patches. Needless to say, if you’re looking for a fun, racing game, you really can’t go wrong with Crash Team Racing Nitro-Fueled. 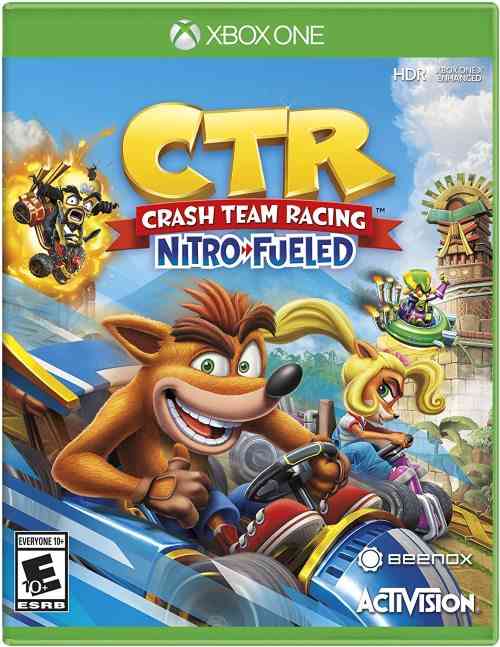