Humor is a very powerful tool when it comes to politics. This is especially true for political satire. The best critiques of politics have been wrapped in humor, and nothing works better than political satire that does not take itself too seriously. So here we have Irony Curtain: From Matryoshka with Love, a great satire of cold war communism that presents a great mix of beautiful art and excellent characters with some quality comedic material.

Irony Curtain begins with our hero Evan Kovolsky rushing to stop a train in order to divert a tragedy. Given that Matryoshka appears to be in a state of civil war clearly something has gone catastrophically wrong. Past this first stage I was sent back just 24 hours to when Evan was to give a presentation on the glory of socialism. The game follows the 24 hours that lead up to his unfortunate predicament. At the close of the conference he meets Anna, an agent of Matryoshka, who asks him if he would like to travel to Matryoshka to meet the Glorious Leader.

This game has a good but simple story supplemented by great humor. The satire and humor are on point while keeping the political jokes accessible. The overall direction of the story follows Evan’s journey through Matryoshka as he slowly becomes disillusioned as more of Matryoshka’s true nature is revealed. While the overall story is okay, Evan’s slow realization of how bad Matryoshka is and how much of his beliefs are based on propaganda is very well done. You do not need a political background to understand the satire as it comes from over the top caricatures of communism with little regard for subtlety. The characters really shine with both Evan and Anna having a great dynamic, Anna playing the straight man to Evan’s naïve goofiness. The background NPCs are also worth talking to at every opportunity as each one offers either guidance or another great joke, often both. This game does reward those who poke their nose around with a plethora of references and unique sound bites from Evan. All the voice acting is well done despite the over the top accents and really help bring the characters to life.

The game plays quite well. While the mechanics of a point and click are fundamentally simple, this game offers several great design choices. The puzzle difficulty is well balanced, as is the hint system. The game difficulty is very player dependent; it is as difficult as you want it to be. You can press space to highlight everything that can be interacted with and you can usually just ask someone or use the phone for hints. In some cases, you may even be told exactly what you need to do if you ask enough questions. This allows you to either work through the game or just cruise through it for the story at your own pace. 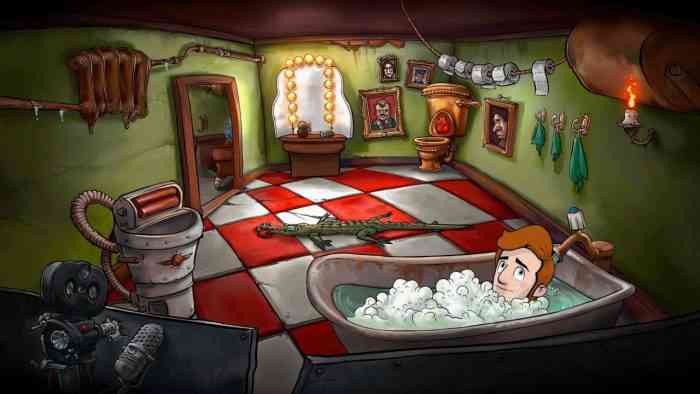 There are quick time events and other mini games that Evan will have to complete but all are quite simple and spaced well so as not to become tedious. They range from simple stamping of documents to hopping from one side of wall to the other across scaffolding. Each of the different areas feel distinct with plenty of things to interact with. Even if you are doing something wrong you will often be rewarded just for exploring your surroundings. My only gripe about the game is that even with a sprint function the walk speed can feel too slow. While the walk speed isn’t really a problem in general play, I found it more irritating when I was backtracking though areas either to check for something I missed or to solve a puzzle I encountered earlier on.

The graphics are beautiful. The art really sells me not just on the dystopia of Matryoshka but on the overall comedic nature of the game. Comical character proportions and splashes of lighthearted humor contrast the darker realities of a terrible dystopia. Each level is filled with plenty of visual gags and interactable features. The overall quality of the art is apparent throughout the game. This quality extends to the music which only adds to the atmosphere. The very first level has an organ grinder who sings the tutorial at you and I have had it stuck in my head for the past few days now. 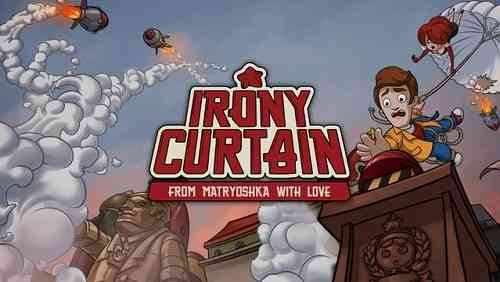