Get Your Groove On With Cadence of Hyrule

The Legend of Zelda, despite being one of the most beloved franchises in video games, can be a little predictable. The legendary hero Link awakens to defeat Ganon and save Princess Zelda. Don’t get me wrong, they’re almost all amazing. But what if one of those games was… dancier? Fusing The Legend of Zelda with the excellent Crypt of the Necrodancer, Cadence of Hyrule is just that. It’s one of the best Zelda games I’ve played.

Big words, I know, but let’s talk about why. Cadence of Hyrule isn’t looking to match the endless exploration of Breath of the Wild or the charming disposition of Windwaker, but instead looks to distill Zelda to its joyful core. Cadence accomplishes that goal brilliantly, and does so with randomly generated aspects that make replay more enticing than ever. 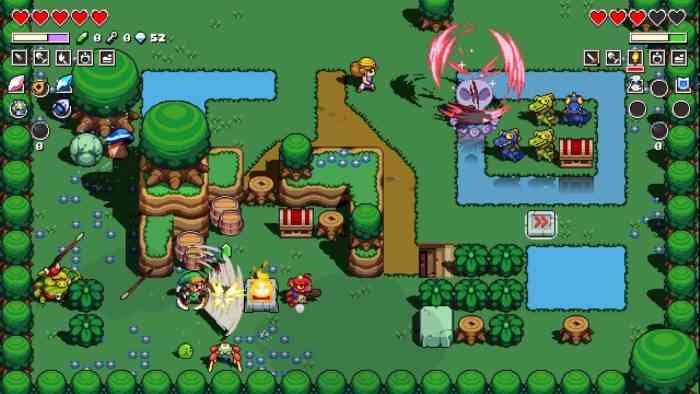 Cadence – hero of Crypt of the Necrodancer – finds herself thrown into Hyrule, where evildoer Octavo is putting people to sleep and generally wreaking havoc. It’s up to her to save the day, with some help from Link and Zelda.

Yes, you can play as Zelda. Yes, she’s awesome.

Cadence of Hyrule features a randomly generated overworld map, and procedurally generated dungeon screens. Upon starting my second game, I felt the same sense of discovery I did the first time, which went perfectly with my increased confidence and desire to go fast.

But you can only go as fast as the beat. Just like in Crypt, Cadence demands rhythmic movement and combat. That requirement makes every encounter an exercise in split second critical thinking, where every move is potentially a fatal mistake. Enemies all bop to the music and follow predictable patterns, so the challenge often comes from being overwhelmed by larger numbers of enemies, or running into something you haven’t dealt with before. Once you’ve cleared a screen of enemies, the beat and pace of the music relaxes, free you from having to move on the beat and allowing freer exploration. It’s a nice balance that encourages engagement with combat instead of skirting around bad guys. 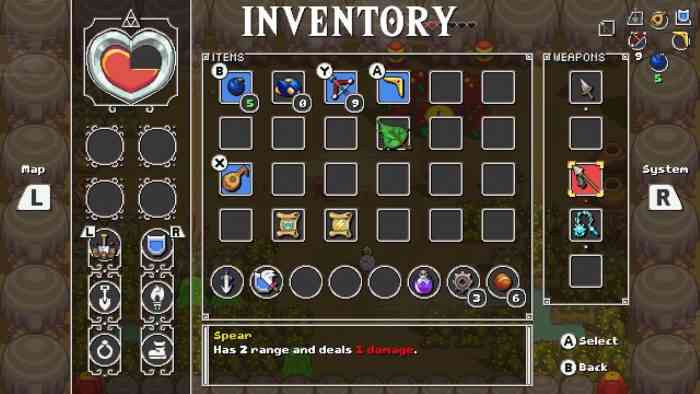 Fortunately, there are plenty of ways to deal with combat situations, including swords, spears, magic, and, oh, all the items you’d expect from a mainline Zelda title. From the classic Hookshot and Cane of Somaria to more creative entries like the inappropriately named but quite handy Tingle’s Dowser, the gadgets make Cadence of Hyrule feel more like a true Zelda game than a spinoff. Believe me, I’m pretty shocked to be making a claim like that, but it’s true. I’d put Cadence of Hyrule among the top shelf Zelda titles like Link to the Past and Breath of the Wild. I felt a furious drive to fill out my map as soon as possible, simply to see all the attention that’s been paid to making this an authentic world.

Once you get the hang of things, the game is easy to breeze through. My first run took around 5 hours including chopping down every damn bush in the land. I died a few times on one boss, in particular, getting the pattern down, but for the most part, Cadence is going to be approachable for a wide audience. Death has consequences, but they aren’t as dire as I was expecting. You’ll lose all the rupees and temporary items like torches you’ve gathered, but hang onto any permanent items you’ve found such as new weapons or items. Hardcore roguelike fans will hate that, but in most players, it’s going to encourage experimentation and exploration of the game mechanics. For me, I’m happy with the compromise. If you’re the kind of person that’s intrinsically competitive, you’re going to find yourself trying for sky-high combos and no hit runs in no time.

Custom games are possible too, including the ability to enter in a random seed string. For speed runners or racers, that feature is going to be prime. Other options include permadeath, double time mode, 2 player mode, the ability to lock to a single character, and daily challenges. Those are all things I’d expect out of a run based game like this, but it’s great to see them included nonetheless. 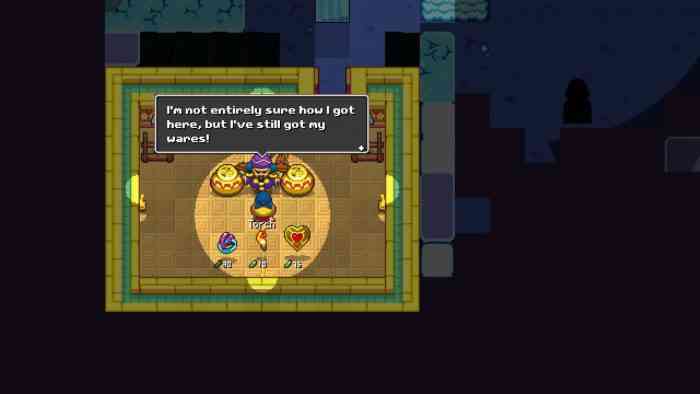 Music is the central theme of the story and driver of the main gameplay mechanic, and the music you’ll be grooving to is outstanding. Koji Kondo’s legendary Zelda tracks are all here, but have been massaged by Danny Baranowsky into unique compositions. Fans of Danny’s work on Crypt of the Necrodancer will definitely recognize some of the themes and motifs from that soundtrack here as well. I really can’t overstate how much I love these tracks.

Best of all, getting within some radius of a shop blesses your ears with the dulcet tones of the shopkeeper. His incredible range and pitch control make me smile without fail. For real though, name another game that makes you want to hang around in a shop because the shopkeeper is rad.

Stylistically, you’ll look at Cadence of Hyrule and see and Legend of Zelda title. The art is fantastic, putting a unique spin on races like the Gerudo and monsters like Moblins. It’s bright, colorful, and animated with Danny B’s soundtrack in mind. Zelda’s idle animation sways back and forth like she’s about to put her lighter in the air, while the birds in the desert go with a much more aggressive headbang. It’s beautiful in motion. 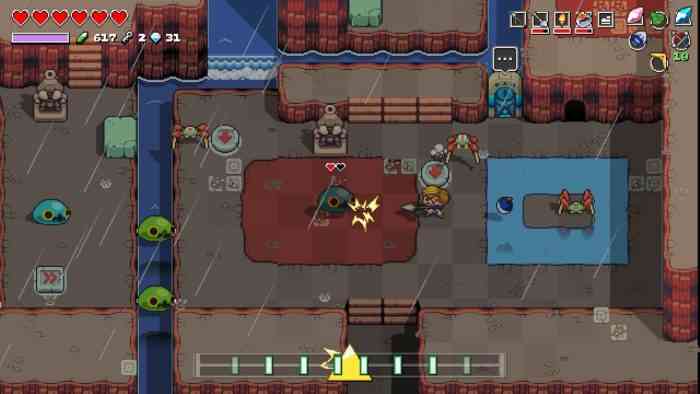 Cadence of Hyrule is the Legend of Zelda game I didn’t know I wanted, and now can’t live without. It’s perfect for both bus rides and extended eyebleed caliber play sessions has the raddest soundtrack of the year, and is randomly generated to ensure infinite replayability. It’ll be in my rotation for a good long while, and deserves a place on your Switch wishlist, Zelda fan or not. 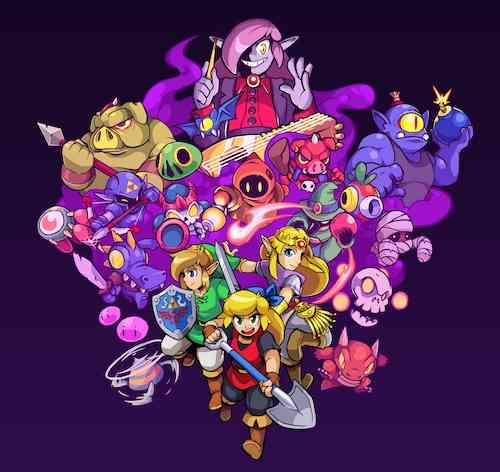 One of the Best Zelda Games May be Getting a Switch Port
Next Bloodstained: Ritual of the Night Review – Just What You Were Hoping For
Previous Irony Curtain: From Matryoshka With Love Review – We’re Going on Vacation