Developed by DeadToast Entertainment and published by Devolver Digital, My Friend Pedro looks like yet another game that fits perfectly with the energy that Devolver Digital has been keeping for years. Previously shown off through fast-paced, frenetic combat, My Friend Pedro is exactly as advertised. According to its description, My Friend Pedro is a violent ballet about friendship, imagination, and one man’s struggle to obliterate anyone in his path at the behest of a sentient banana. Seems legit.

The start of the game throws you right into the action, waking up in a room with only a talking banana acting as your guide. This banana, your friend Pedro, helps your clueless self fight your way through the levels seemingly in search of a reason behind the violence. The narrative itself is a bit bland, if not cliché, though it does have its moments of intrigue. While the game’s overall story is not the greatest, it helps to keep the action moving. Furthermore, the sequences between missions as well as minor narrative details show how self-aware My Friend Pedro is, making it quite humorous at times. 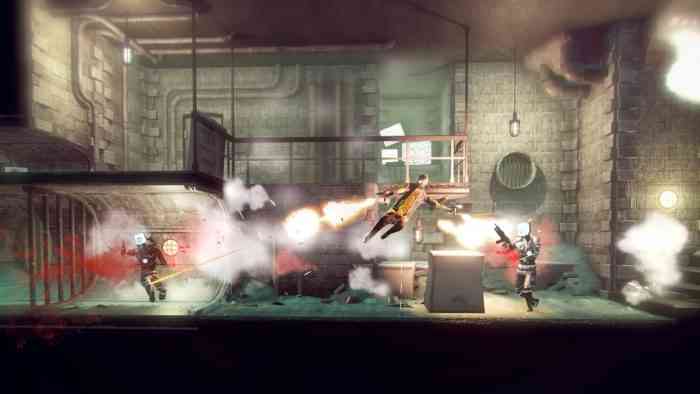 Where My Friend Pedro shines is undoubtedly its gameplay. Players are tasked with fighting through linear levels in which combos, time, and skill affect the overall rating. Players are given the abilities to jump, shoot guns, kick, flip, wall jump, ride skateboards, and cause explosions in both real-time and bullet-time to dispatch enemies. Yes, it plays as awesomely as it sounds. These mechanics all work in relative conjunction with each other, enabling sweet combos and giving the players the freedom to take out enemies as they see fit. The game also provides players with a relatively small, but lethal, variety of weapons, with my favorite being the shotgun.

While the actual gameplay mechanics are fun, the pacing of the game falls into similar patterns as other games. Specifically, the game introduces mechanics or enemies that are vital to specific areas and then does not utilize them much more afterward in favor of introducing other mechanics or enemies. The game’s level designs also got a bit tired after awhile. Though the levels themselves are unique and interesting, I would probably not be able to tell the difference between the first section of a specific level and a section near the end of the level.

My Friend Pedro controls relatively well, given the number of abilities thrown at you from the get-go. Whether you are wall-jumping, flipping your way into enemies, or trying to kick a knife into a dude’s head, the game does a good job in letting you do so. While there were a few moments where going into slow-motion causes you to start tumbling by mistake, the minor nuisances did not detract from the fast-paced bullet-time action. 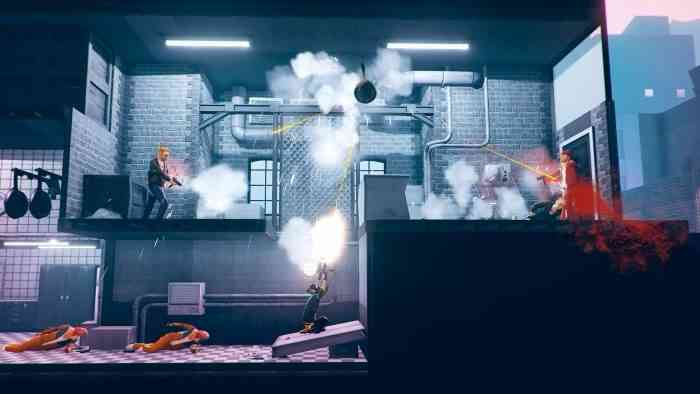 The aesthetic of My Friend Pedro is quite unique to the game and runs relatively well when docked on the Nintendo Switch. The performance in handheld mode also appears to run fine, but my preference definitely leans towards docked with a Pro Controller when playing a game that requires quick reactions. As a whole, the games music and sound effects set the mood for some action-packed gameplay, if nothing else.

Without a doubt, My Friend Pedro’s greatest strength is its gameplay. While its surrounding narrative and levels are not at the same level, they do not hinder what is an overall solid game. My Friend Pedro is a relatively unique game that is hard to compare with anything contemporary and plays well to its strengths. With the ability to replay the game on higher difficulty settings and compete for higher scores, we can see My Friend Pedro being a fun pickup-and-play title for the foreseeable future. 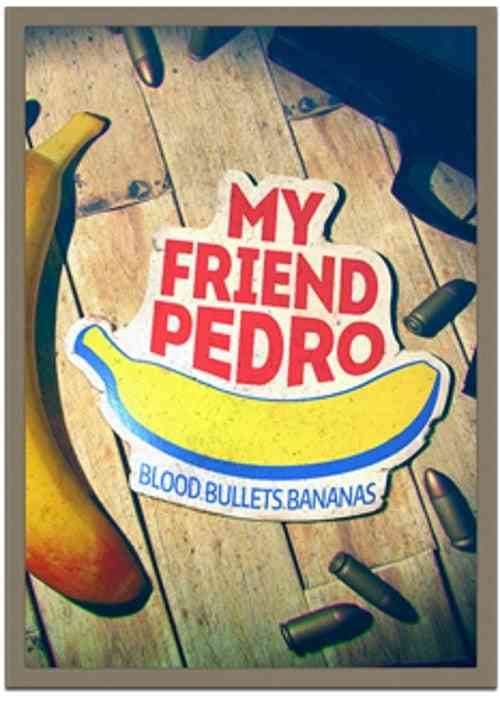