Outer Worlds 2 May Not Be Open World

Obsidian Is Open to Other Interpretations of The Outer Worlds Universe

During a Game Informer, Leonard Boyarsky and Nitai Poddar from Obsidian Entertainment discussed the potential of future sequels to The Outer Worlds. Though Obsidian wants to expand on the existing content, they’re hesitant to make it fully open world while expressing that AAA titles don’t always have to be that kind of game. The studio wants to remain smaller with a realistic budget as they believe they made the best game possible with the budget they had for The Outer Worlds. The Outer Worlds releases on October 25th for the Nintendo Switch, Xbox One, PC and PS4. 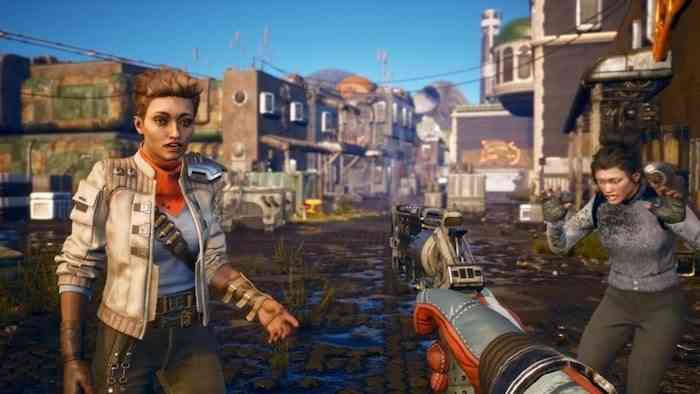 “I’m always skeptical of this idea that seems to be going around AAA development that open-world is the standard,” said Nitai Poddar. “That if you’re going to have a very big budget game, that it should be open-world. I think it’s very easy to get burnt out on open-world games because they tend to be so sprawling, so massive, that every open-world you play tends to be the same kind of thing. Go here, collect that, see that landmark. I think there is a lot of value in having an open-ended game that is still structured around individual discrete levels.”

“Hopefully it’s successful enough that people want more of it,” said Leonard Boyarsky. “As budgets go up, there’s more concern about the direction you might take the project or the franchise. We haven’t seen any of that yet, obviously, but I don’t necessarily know that we want this to be a $400 million dollar game. I like a smaller budget… it gives us more creative control in terms of what is in the game and it helps us make a polished game.” Are you curious what we thought about The Outer Worlds? Check out our review here!

Are you excited for the upcoming release of The Outer Worlds? Do you prefer expansive RPG’s that are somewhat restricting or do you prefer fully open worlds? Let us know in the comments below!

Tchia, Tropical Adventure Game, Gives Look at Gameplay With Trailer
Next
Watch Dogs: Legion Set to Allow Players to Recruit and Play up to 20 Characters at the Same Time
Previous
Blizzcon Schedule Posted, Is Full of ‘Coming Soon’ Slots