Halo Reach Gets Crossplay Between Windows and Steam

Developer 343 Industries is adding the final Halo Reach flight to PC, bringing new content and the crossplay feature between Windows and Steam. The flight is focused on testing this new feature, the new build includes two campaign missions, two Firefight matchmaking offerings and several new matchmaking options. This final flight is expected to last for 8 days and could become available as early as next Monday. Halo Reach is available on Xbox 360, PC and it’s backwards compatible on the Xbox One. 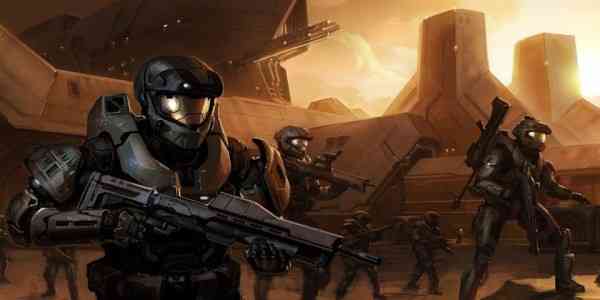 The campaign missions being added to Halo Reach with the final PC flight are known as Noble Actual and Winter Contingency. Normal grab bag and heroic standard 4-player Firefights are playable on Corvette, Beachhead and Holdout. 2v2 Slayer is played on maps Countdown, Powerhouse, and Zealot. 4v4 Slayer, Flag and Bomb, Zone Control, Asset Denial, and Action Sack are all playable on Countdown, Powerhouse, Zealot, and Tempest. 8v8 Slayer, Flag and Bomb, Zone Control, and Asset Denial, are all playable on Tempest, Breakpoint, and Ridgeline.

These changes coming to Halo Reach this late in its life cycle gives us hope for other Halo titles and even the upcoming ones as the best games should age well in an age of patching and games as a service. Windows and Steam gamers will be able to que for these game modes together, yet another great example of crossplay evolving the industry. Halo Reach Invasion is playable on the map Breakpoint. 343 Industries’ flight goal is to test the PvP matchmaking and get feedback from gamers on their success or failure with it.

What’s your favorite class to play as in Halo Reach’s multiplayer? Do you like the horde mode Firefight or do you prefer other games for these wave-based modes? Let us know in the comments below!