With most game franchises in the industry development is usually fairly steady and consistent, with new titles being released every few years, or like Battlefield and Call of Duty, every year. So what about Halo Infinite? 343 Industries boss Bonnie Ross recently revealed why the latest game in the franchise is taking longer to develop than previous titles.

In a recent interview with USGamer, head of 343 Industries, Bonnie Ross explained that Halo Infinite is taking longer to develop because they’re hoping to avoid the crunch they faced with both Halo 4 and Halo 5 in order to release them on time. “Yeah, with Halo 4, just given the nature of being a brand new team that had not worked on the Halo engine before, we did put the team through a really bad crunch. Obviously we had a ton of feedback that that was not a great thing. And one of the reasons is that the Halo engine is a very technical engine, which means it’s a lot harder for artists and designers to get content into the game.”

She continued stating that while they promised the team that there would be less of a crunch, less stress regarding the release date for Halo 5, this wasn’t exactly the case. “So we promised the team that for Halo 5, we would do the work. And we did a ton of work to improve the engine along the way, but we promised them that we would do the work to really create tools and pipeline that was easy to work in so that we could help prevent crunch. And we didn’t do that for Halo 5. It ended up being a bigger game than we thought it was and we didn’t have time. When we shipped Halo 5, it definitely was a point of, I think, crisis with the team. Crisis might be not the right word, but it was a point where the team was like, ‘You promised us and we’re not doing crunch again.’ And they were right.” 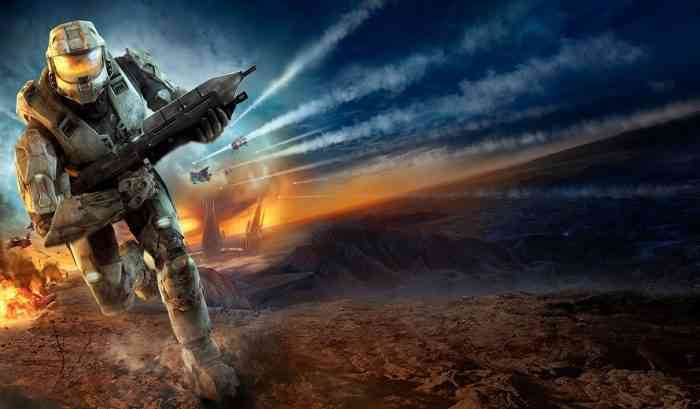 Despite the fact that there’s usually a three year gap between Halo games, 343 Industries is taking their time with Halo Infinite, and they want to make sure the work environment is better, as well as the final product. “That’s why we’ve taken a bit more time—usually it’s three years between every Halo—to really do the investment in the engine and the tools and pipeline, and we’re still working on it. But we showed it at E3 last year, and it is basically trying to create an environment that we can build the game better, faster, and ideally, you know, prevent crunch. I think there will always be with any game, I think there will be times where we need to work longer hours. But I think that we need to be really deliberate with that because it’s not fair to the team, and the team doesn’t want to do it. And so we’re trying to work out how do we create the best environment to hopefully mitigate that.”

Halo Infinite is in development for the Xbox One and PC and while there’s no news on a release date, it has been suggested again and again that it won’t launch until the next generation of consoles are released. What do you think about the longer developmental process? Let us know your thoughts in the comments below and don’t forget to keep it locked for updates!