The epic tale of Shovel Knight and his success both in-game and with fans is truly a story for the ages. Since its debut in 2014, Shovel Knight and all his counterparts have found special places in the hearts of fans. Now, more than five years, two expansions, and a dozen platform ports later, Shovel Knight Gold Edition Amiibo is available for pre-order. It’s exactly what you are imagining: a Golden Shovel Knight, but it’s obviously not just for show. Like any great Amiibo, this gives players extras for their game. 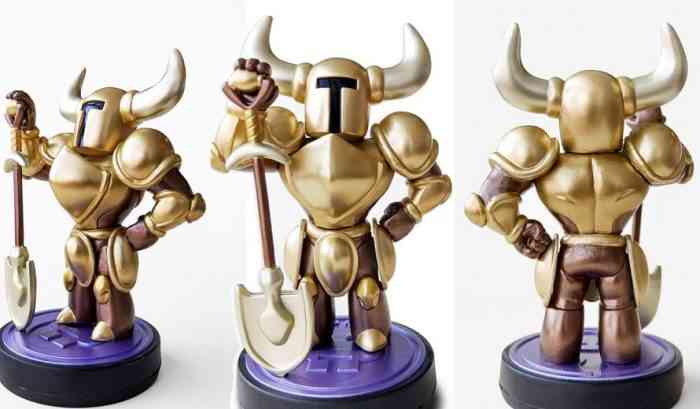 This is what Yacht Club Games is promising from the Gold Edition Amiibo. The Custom Knight is a knight whose palette, sound effect, costume, and gesture you can customize. Completing levels unlock more options.

Which is your favourite knight? Let us know in the comments below.