Binding of Isaac Prequel, The Legend of Bum-Bo Release Date

The instant indie classic Binding of Isaac has actually had a follow-up game in development for quite a while. The game was announced back in 2016 with an expected release of 2017, but life happened and other stuff. Fortunately, we will finally be getting it this year. The Legend of Bum-bo release date is set for November 12th on Steam. A few days ago, a charming trailer was released starring and narrated by Bum-bo himself. Bum-bo is a passive item featured in Binding of Isaac, but now he gets his own game. 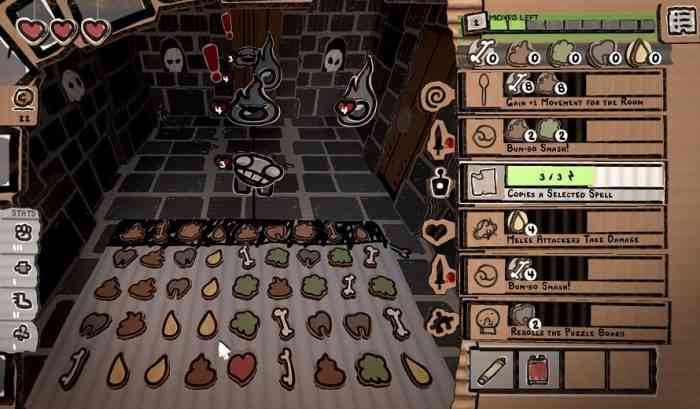 The art direction is changed a bit from Binding of Isaac. Instead of a 2D top-down game, Bum-bo is a Paper Mario-esque RPG. The trailer plays on the art style using paper puppets on sticks. Bum-bo brags about all the great things his game has to offer like coins, fists, spells, and coins! Spells are the attacks that players can use to defeat enemies during combat, which appears to be turn-based this time around. A match-4 mini-game is featured in the trailer at some points. This will likely be used to factor into an attack’s damage.

The Legend of Bum-bo will be out on Steam on November 12th. It will later be available on iOS and Nintendo Switch as well, but knowing the success of the series, it might be on pretty much every console and platform soon enough.

Will you be picking up The Legend of Bum-bo? Let us know in the comments below.