The new Pokemon Sword & Shield trailer gave more information about Dynamaxing and powers that Pokemon gain from entering the new form. Dynamaxing will unlock “Max Moves” which will have useful additional effects compared to the standard moves. Pokemon caught in Max Raid battles will also have Hidden Abilities that gamers will have to learn and extremely rare Pokemon can Gigantamax while having these Hidden Abilities. Trainers can also connect online in the Battle Stadium to compete in ranked battles to become the very best, like no one ever was. Pokemon Sword & Shield release exclusively on the Nintendo Switch on November 15th. 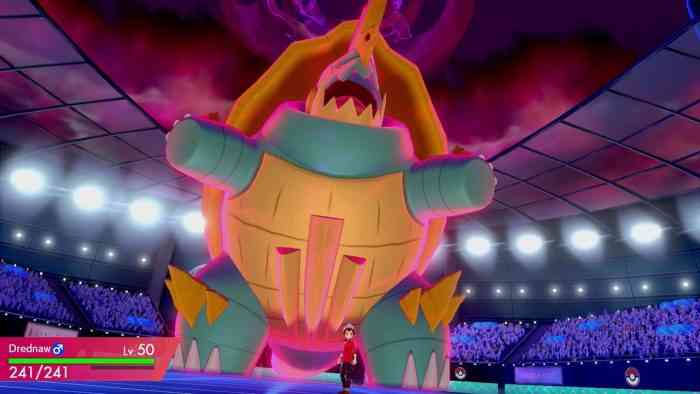 The last Pokemon Sword & Shield trailer featured the new top hat wearing gentleman, Galarian Weezing who is shown in the new trailer using “Neutralizing Gas” which prevents certain abilities from being triggered and The Pokemon Company has more Hidden Abilities to unveil. Corviknight has the Hidden Ability to bounce back any stat-lowering effects from an attacking Pokemon using “Mirror Armor,” which will help add new dynamics to Pokemon battles just like “Neutralizing Gas.” As usual, trainers will be allowed to give their Pokemon items to boost their stats or increase their likelihood to win in combat.

Ranked players will be connected with others sharing their same rank online and with each victory, they’ll rise in the ranks to become a champion in their own right. Legendary and Mythical Pokemon will be prevented from competing in ranked matches. Trainers can monitor how well participants do in competition using the smartphone version of Pokemon Home

What are some of your favorite mechanics and Pokemon of Pokemon Sword & Shield so far? Are you bummed The Pokemon Company is ditching the national Pokedex or are you intrigued by how it will pan out? Let us know in the comments below!

Could Pokémon Scarlet and Violet Fix the Series’ Difficulty Troubles?
Next
Halo Infinite Creative Director Tim Longo Has Moved on From 343 Industries
Previous
Nintendo Will Upgrade Your Switch for Free