Gene Simmons from Kiss fame recently told Newsweek in a statement that Pokemon has been a part of his household since his kids were young and he’s flattered with new Pokemon that share the bands likeness. The Pokemon that started the conversation were unveiled Wednesday, August 7th during a video released by the Pokemon Company and Nintendo. The new Galar Zigzagoon is meant to represent the European badger with its black and white fur but as it evolves, it becomes a rock legend, Obstagoon. Pokemon Sword & Shield release exclusively on Nintendo Switch, November 15th. 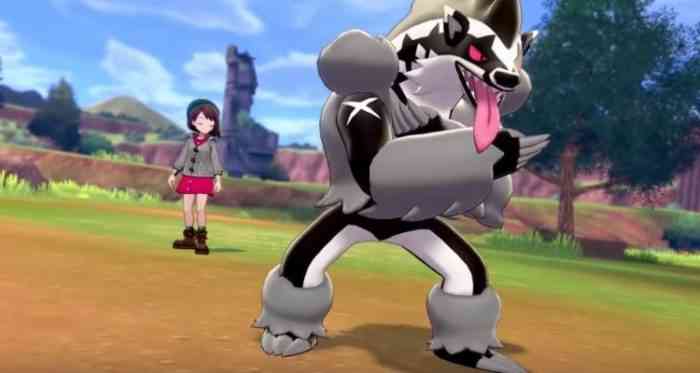 Though Gene Simmons surely doesn’t speak for everyone in Kiss, this statement must at least mean no lawsuits will come as a result of the Pokemon Company’s artistic expression in Pokemon Sword & Shield. Fans who saw the resemblence between Kiss and the Galarian Zigzagoon evolution line quickly took to Twitter which inspired Simmons’ statement. Obstagoon is a new evolution of Linoone who evolves from Zigzagoon. They both sport red eyes behind a black star similar to the black star guitarist and lead singer of Kiss, Paul Stanley wears during performances. Linoone and Obstagoon have long, pointed tongues similar to the bassist and lead singer of the rock band, Gene Simmons.”To see Pokémon pay homage to Kiss, is flattering,” said Gene Simmons in a statement to Newsweek shortly after the new Galar Pokemon were announced. These new Pokemon were featured alongside very gentlemanly Koffing and Weezing which has our minds racing as to what other awesome Galar forms Pokemon Sword & Shield will bring on release.

Did you catch a resemblance between the rock band Kiss and the new Galarian Pokemon revealed for Pokemon Sword & Shield? What are some Pokemon you’d like to see Galarian forms of? Let us know in the comments below!