Just Cause’s Rico is always fighting to free people from cruel and oppressive regimes. He uses an arsenal of guns, bombs, and land, water, and air-based vehicles. He also uses his trusty parachute, grappling hook, and wingsuit to navigate the area, but with the new Just Cause 4 DLC, Rico is given a hoverboard to add to his extreme sport list of gadgets. In the Just Cause 4 Danger Rising trailer, we see him using the hoverboard to grind rails, escape enemy fire, and do tricks. Just one question: Is it the early 2000s when the Xgames is at the height of its popularity? 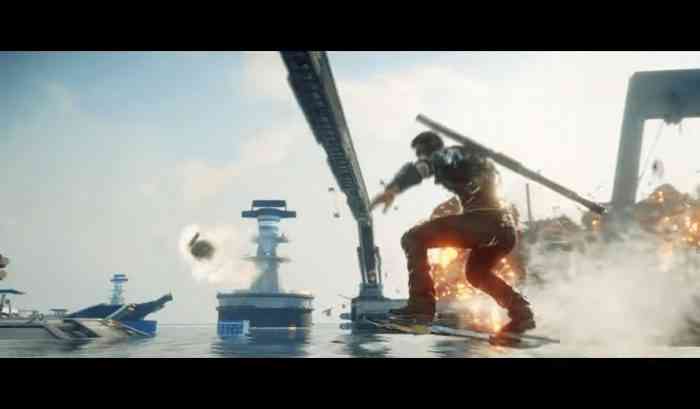 In the new trailer for Danger Rising released yesterday, the Agency that Rico is linked to has turned on him. This is a great opportunity to blow things up. A lot of the action in the trailer shows a concentration of aquatic combat. Submarines, aircraft carriers, and water to air missiles are what Rico is up against. Normally, it can be difficult to recover and get back in the action after falling in the water, but with the hoverboard it looks like that will change.

The trailer looks like an extreme sports event mixed with a Michael Bay movie. We see Rico using the hoverboard to evade missiles while kickflipping. He also jumps over a helicopter on it á la Tony Hawk’s Underground. Fans only have to wait until August 29th to play this in 10 fps. Gold Edition and Expansion Pass owners can play it on August 29th, but everyone else will have to wait until September 5th.

Is a hoverboard something you’ve been missing in Just Cause? Let us know in the comments below.