Pokémon Sword & Shield Has a Bearded Weezer In a Top Hat

Pokémon Sword & Pokémon Shield’s Galar region has all sorts of new features for players to experience when it launches on November 15th for the Nintendo Switch. One of those features are Galar’s unique Pokémon forms (several of which can be viewed in the trailer posted below).

The trailer also revealed two rival Pokémon trainers that players will face during their adventures throughout the Galar region: Bede, an arrogant trainer who wants to be Galar’s champion and Marnie, a calm, calculated trainer with an obnoxious fanbase that goes the extra mile to help her become the region’s champion. 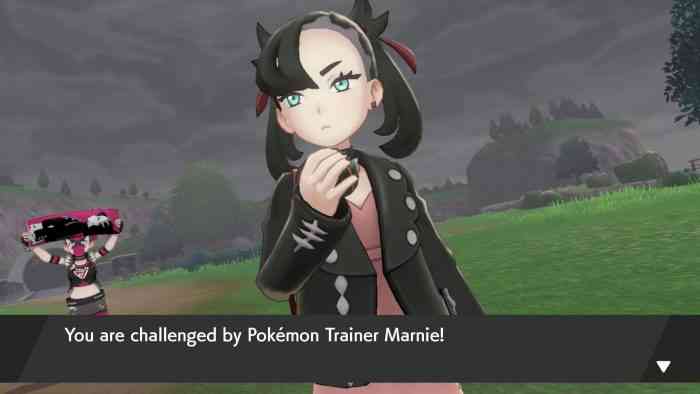 Named “Team Yell”, Marnie’s superfans will seemingly stop at nothing to aid her.

“They want nothing more than for Marnie to become Champion, so they try to obstruct other challengers,” a press release explained. “They take over hotel lobbies, prevent challengers from accessing transportation, and even shout and distract opponents during battle. Whenever Marnie battles, these Team Yell Grunts are quick to appear, showing their support with Marnie-print towels and horns.”

Other news: COGconnected is running a contest with a prize of a free Nintendo Switch and free copies of both these upcoming Pokémon games. Details can be read here.

What do you think of these Galar forms and new rivals? Speak your mind in the comments section below the article.