But What Could It Be?

Gamescom 2019 is going to be a massive event, with tons of companies dropping hot gobs of news all over the place. Case in point, Sega has let loose a teaser site for some project known only as HMKD. What is it? Why is it? Soon enough, Gamescom attendees will find out! 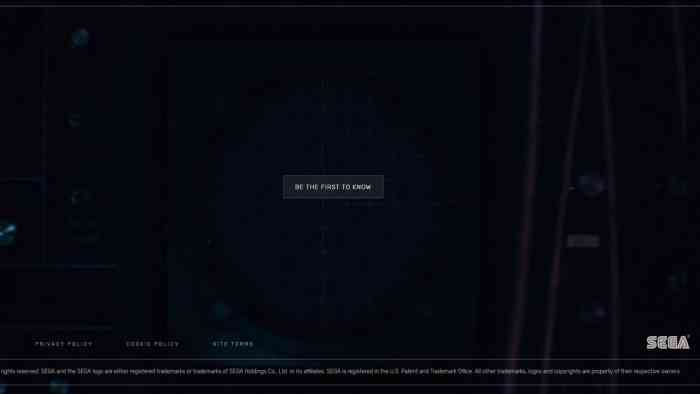 There are some theories already, of course. Sega recently registered a trademark for “Humankind” back in 2018. They’ve also mentioned that they want to do more online games out West, which just might tie into this HMKD project. The teaser site mentions that anyone who signs up will get new details as soon as they’re available. But Gamescom, though.

I keep mentioning the massive European gaming event because Sega themselves stated that a brand new AAA title will be revealed during the show. In other words, maybe we see more of this HMKD business sooner rather than later, you know? It’s either that, or Sega has two separate secret projects tucked way, waiting patiently to be revealed. One way or another, Gamescom 2019 is kicking off in just a few days. Soon enough we’ll know a whole lot more about whatever Sega has planned for the future.